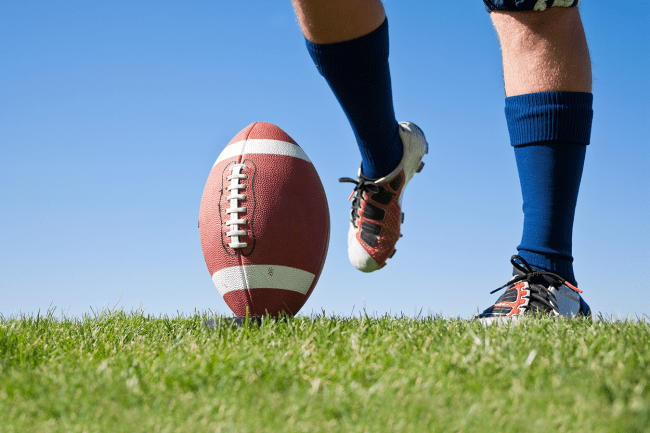 When it comes to college football recruiting in 2022, the entire landscape is completely different than it was a decade ago. Social media has changed everything.

While Twitter, Instagram and TikTok continue to rise in terms of their popularity, recruiting includes a significant element of clout. Every school across the country is making a push to hire the best videographers, photographers and designers to take their graphics, edits and shoots to the next level.

Take Notre Dame’s cathedral shoot, a recruit dunking on his own dad, a five-star quarterback taking pictures in a G-Wagon, Texas recruits wearing a ski mask and cowboy hat, and Lane Kiffin taking extremely icy pictures with recruits in his Aston Martin for example. The social media push has also led to a lot of bad moments, like Dabo Swinney sitting on a recruit’s lap and Brian Kelly grinding on high schoolers.

On the good side of things is five-star kicker Nicolas Radicic’s most recent shoot.

Radicic is being recruited by Baylor, Oklahoma State, Georgia and Alabama, amongst others. He was in Athens over the weekend for a campus visit and took one of the greatest recruiting photos of all-time.

The photo, as he said, brought the heat.

Rather than posing with a new fancy recruiting vehicle or the coaching staff, Radicic went a different route. He rocked Georgia’s black uniform and sat atop of a stuffed bulldog.

Of all of the many, many recruiting photos out there, Radicic’s is certainly the most unique. It is also a strong contender for being the most entertaining.

Special teamers are always the funniest dudes on the roster and there is no doubt that Radicic is a character. What a legendary shot.