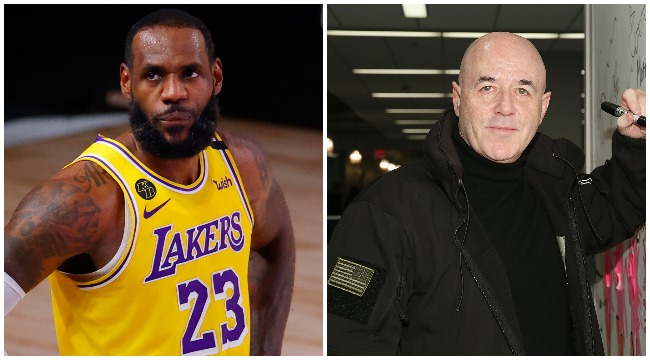 In the wake of police shooting 29-year-old Jacob Blake seven times at close range in Kenosha, Wisconsin after being called for a domestic dispute, the NBA world outwardly expressed its mix of familiar anger and sadness in a variety of ways.

The Milwaukee Bucks boycotted their August 26 first-round playoff game. Chris Webber nearly broke down in tears on national television. Kenny Smith walked off the set of Inside the NBA to show solidarity with players. Michael Jordan played an essential role in being the liaison between owners and players. Obama even weighed in.

The NBA is still LeBron’s league and when the 17-year veteran spoke about the shooting at a press conference Monday, the world listened.

“I’ve got nothing nice to say about those cops at all,” LeBron said.

“Why does it always have to get to a point where we see the guns firing?” he added, saying “we see it over and over and over.”

LeBron’s criticism of law enforcement was not received well by prominent figures in the policing industry, namely Bernard Kerik, the former NYPD Police Commissioner who oversaw the police response to the September 11 attacks.

You should not comment or criticize when you have no idea what the job is, nor would you have the courage to do it. I’d challenge @KingJames to handcuff someone the refuses to comply, or spend a day in a firearms simulations training center? https://t.co/z61JBmhKrS

Kerik, who has referred to BLM protesters as “militant thugs,” has backed the police in several high-profile shooting cases over the years, and is outwardly a huge Trump supporter. Kerik was granted a full pardon by President Trump just months ago stemming from a 2010 conviction of eight felonies, including tax fraud and lying to government officials.

You need to know what you’re talking about before you open your mouth. These are numbers maintained by the Washington Post, and the @FBI. These are facts. pic.twitter.com/7xVv3NdV7P

In the example above, Kerik neglects to use numbers that take into account population percentage by race. If he had, given black people make up 13.4% of America, the data tells an entirely different story.

At the time of this writing, LeBron has yet to respond to Kerik’s plea for him to shut up and dribble.