OJ Simpson Weighs In On Deshaun Watson Punishment, Fans Revel In The Irony Of His Take 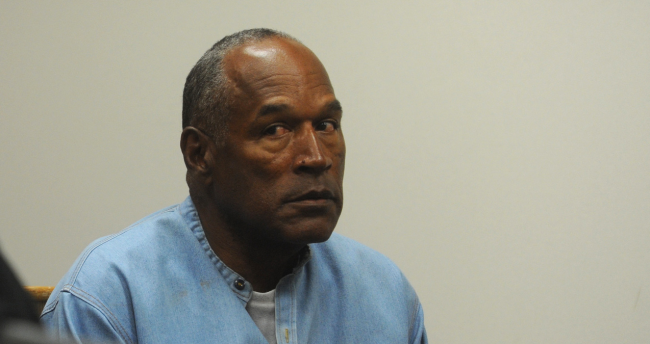 Noted legal expert/women’s advocate Orenthal James “OJ” Simpson, AKA The Juice, who is always topical on Twitter, weighed in on Monday with his thoughts on the punishment of Deshaun Watson.

The new Cleveland Browns quarterback was given a six game suspension by former federal judge Sue L. Robinson, who was hired by the NFL and the NFL Players Association to determine Watson’s punishment.

“Although this is the most significant punishment ever imposed on an NFL player for allegations of non-violent sexual conduct, Mr. Watson’s pattern of conduct is more egregious than any before reviewed by the NFL,” Robinson wrote in her ruling.

Interestingly, Watson’s six game suspension after being sued by 24 different women for alleged inappropriate behavior while receiving massages is just one more game than Terrelle Pryor received from the NFL for getting free tattoos while he played at Ohio State.

Watson, who reportedly used 66 different women to give him a massage in less than two years, can now appeal the decision in writing within three business days, as can the NFL.

Any appeal in the case will be heard by NFL Commissioner Roger Goodell (or his designee) who “will issue a written decision that will constitute full, final and complete disposition of the dispute and will be binding upon the player,” according to the NFL’s collective bargaining agreement.

The NFL says it is currently reviewing Judge Robinson’s decision and will “make a determination on next steps.”

The NFLPA and Watson released a joint statement stating that they will not appeal the judge’s ruling and asked the NFL to follow suit.

Monday morning, OJ Simpson chimed in on Twitter, agreeing with the NFLPA and Deshaun Watson.

“Well, let me start the day by sending my condolences to the families of Bill Russell.”

Apparently, Bill Russell has multiple families, according to The Juice who explained that he grew up in San Francisco at the same time as when Russell played at the University of San Francisco and won two national titles.

Moving on, Simpson then said, “This morning, you know, they keep talking about ‘the Deshaun Watson situation.’ They hired this federal retired judge. They obviously respect her – both sides. She looked at it, she came out with a decision,” Simpson said with a shrug.

“Hey man, that’s it! That should be it!” Simpson explained, clearly not referring to his own case.

“People are saying why would he settle if he was innocent?” Simpson continued.

“Hey look, guys. He’s not going to change anybody’s minds no matter what he does,” again not talking about himself.

“Plus the fact that fighting it was going to cost a fortune. I’m pretty sure the legal fees of fighting it wouldn’t be much different than what he paid off in settling these cases.”

OJ knows all about legal fees.

“I’d just like to see it go away at this point,” once again referring to Deshaun Watson and not his own situation.

“If I want to see and hear negative news every morning I’ll just watch Fox News channel. They’ll tell me what’s wrong with America, and everybody.

You hired her, she made her decision. Respect it!!! #DeshaunWatson #NFL pic.twitter.com/32ki7aOL0i

As always, fans on Twitter appreciated The Juice’s candor and honesty.

Right??? Nobody ever gets a legal decision wrong. Like say, a Los Angeles jury . . .

Seriously! It’s not like Deshaun Watson killed his wife for goodness sakes!

Man who respects jury decision respects Judge that made a decision. Shocking.

Gotta agree with The Juice here! This case was cut and dry. I respect OJ for taking a stab at making sense of all this. Great player, better person! #InocentUntilProvenGuilty

For the thousandth time, he is working on it!