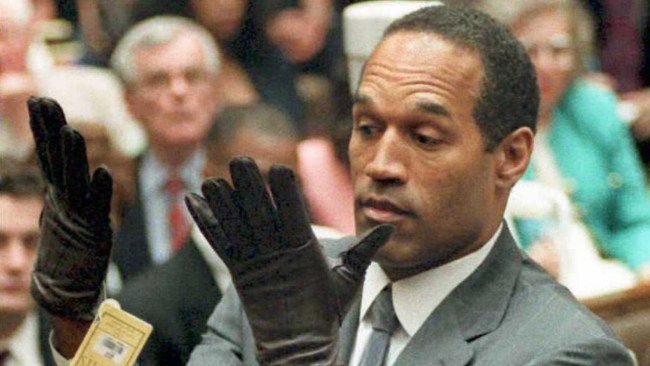 “Hello Twitter world, it’s George Truly.” That’s right. The Juice is back on the loose, on Twitter, I mean. Leave it to O.J. Simpson to be one of the people to offer up their thoughts on the impeachment trial currently taking place in Washington D.C. for former President Donald Trump.

Of course, as Simpson does point out in his latest Twitter monologue, “Unfortunately, I’ve been involved (giggles) in a few jury trials.”

Yes, he actually went there. And laughed about it. He really is an amazing human being.

As you will hear below, The Juice has thoughts about how the jurors in this case, i.e. the senators, will be unable to stay impartial. Real deep stuff, I know.

Related: Michael Jordan Almost Signed A Shoe Deal With Spot-Bilt Instead Of Nike Thanks To O.J. Simpson

O.J. states that jurors have to pledge to only base their decisions on what they hear in court, not on preconceived ideas.

“I think we all know that’s not going to be the case here,” O.J. adds, completely ignoring the fact that there is one major difference in this trial and the trials he’s had. In the case of the Trump impeachment trial, unlike a jury trial in a regular court of law, around half of the “jurors” in this case were actually responsible for ordering the trial to take place. So yeah… they’re probably not going to be very impartial. But hey, O.J. knows legal jurisprudence.

“In many ways, this is sort of a waste of time,” legal expert Simpson continued.

Juice then says that people, like some of his friends, who refuse to admit that the election was fair and accurate should probably just move to Russia or China… while he gets to continue to live and golf in Las Vegas despite still owing the Goldman family around $70 million.

Simpson then pivots to sending his condolences to the family of Marty Shottenheimer, who I am sure will be glad to here that he cares.

Response to O.J.’s latest soliloquy, as usual, went about how one would expect.

Me when he mentions being involved in jury trials pic.twitter.com/DCnQ7jM7A7

Hey OJ, you mention being apart of some trials, can you tell us more about them? I havent heard of them before

Guyyyyyyyssssssss he talked about the thing

Dude you've denied killing two people for 25 plus years now and you're upset people are denying an election was fair? LOL

Thanks for this video, Juice! We all know you follow the law to the letter and have never done anything illegal.

Bro you literally murdered someone

Thank you for taking time out of your search for the real killers to share your thoughts on Twitter.

How many times do we have to tell you people? He’s working on it, as he promised he would. Give the man some time.