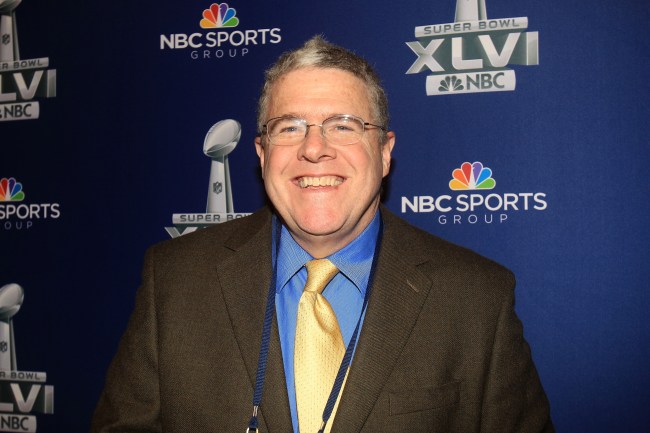 I’ve got mad respect for longtime NFL writer Peter King — after all, the dude’s a legend and is highly respected in the football world. But, shit, the 63-year-old might want to take a timeout from using social media for awhile. While part of the dude’s job is to obviously engage with his audience and offer up his own opinions mixed with football stuff, he tends to find himself getting shit on pretty much anytime he goes into “boomer mode,” AKA “what the fuck is Peter King talking about?” mode.

And Thursday was another one of those times.

Allow Peter King’s tweet about the state of the country sink in — and ask yourself if this is the type of guy who you’d ever want to grab a beer with.

With everything happening in the United States right now, it is profoundly sad that hundreds, and maybe thousands, feel passionate about how Bill Belichick dresses for a press conference.
God, people.

Look, King is right in the sense that the U.S. is an absolute shitshow at the moment. That’s not meant to be political (because that shit’s not fun to talk about at all), but is the absolute fact. Does that mean we can’t have fun? Does it mean we can’t, you know, laugh at shit anymore? Does it mean we all need to be burrowed in our houses and quarantining from enjoying ourselves? No.

Yet, somehow, King thinks that people reacting to Bill Belichick’s outrageous outfit the other day during a press conference is the worst think that anybody could do. Did he see the outfit? Sheesh, Belichick looked like an escaped inmate, so of course “hundreds, and maybe thousands” of people were going to say something about it. Just take a look again and try to hold back a smile. I dare you.

After Peter King’s tweet suggesting it was basically a sin to laugh at Belichick’s outfit, Twitter wasn’t too kind to his whole boomer approach to things. Just take a look at how social media ripped him apart for the pointless tweet.

I feel like we're smart enough to care about Covid and geopolitics while also being like, "wait did you see what Bill Belichick is wearing"

It doesn't really require that much brain power.

Ah yes, the old "how could you care about issue A when issue B is so much more important." By this logic, there is a single topic ultimately worthy of discussion, and of course we little people don't get to decide what that is.

Aren’t you the guy who shamed a hot dog eating contest because of world hunger?

— Ben Simmons is all NBA/ No slander allowed (@MikoWitYaMoney) September 24, 2020

Also Peter:Acts like he’s above it all and has everything in perspective whenever people talk about something football related too much for his taste.

For me personally it goes
1. What’s Bill Belichick wearing?
2. World Hunger
3. What technology did they use to make Andy’s shield not fog up?
Then probably covid

With everything happening in the United States right now, it is profoundly sad that you feel passionate about what other people choose to do with their free time. God, man.

Peter King needs to have a little more fun in his life and not focus so much on how other people are spending their time. The entire year has been a mess, and seeing the greatest coach in NFL history look like a complete bum during a press conference is the exact image we all need for a little laugh. Now get off our lawn while we enjoy these cheap beers, Peter.