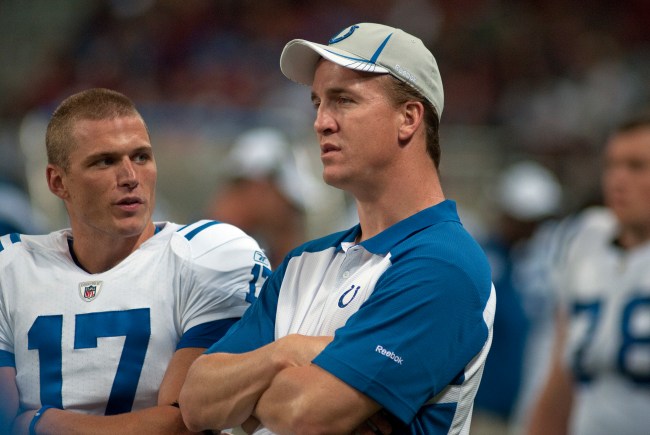 Word to the wise: In the totally possible scenario of you making it to the NFL, Peyton Manning getting a new neck and coming out of retirement, and you two linking up on the same team, please whatever you do, do not try to catch one of his passes with one hand.

Former Manning teammate Pat McAfee recently described on his podcast how a young Austin Collie attempted to be flashy with Manning and paid the price.

I suggest you listen to McAfee describe how it went down, because the written work just doesn’t do it justice.

Peyton is a sneaky dick! May we not forget the story former Browns’ lineman Joe Thomas told a few weeks back about Peyton calling him up with a fool-proof plan to get traded: take a huge steamy dump on the Browns’ GM’s desk.

Oh yeah, and that time Peyton dropped his balls on a trainer’s head. Hey Austin at least you didn’t get shit on or tea-bagged. Silver linings!