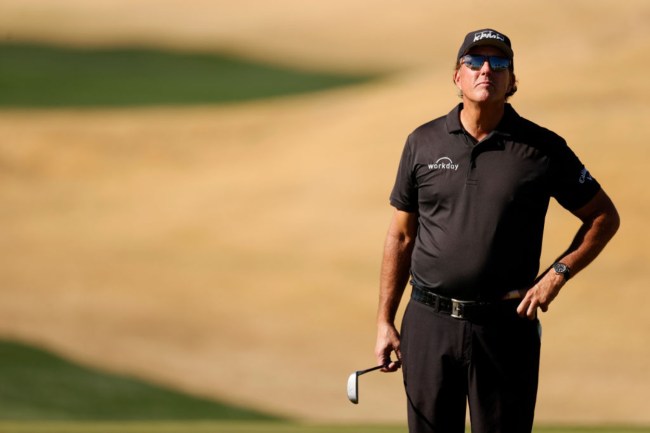 Tiger Woods called Phil Mickelson’s absence from this week’s PGA Championship “disappointing.” Rory McIlroy said Mickelson not defending his title at Southern Hills was “sad,” but not everyone feels that way.

The PGA Championship hosts an annual dinner for past champions, and Mickelson was supposed to host this year’s after his improbable win at Kiawah Island a year ago.

“It was a fun evening. Phil was not missed,” Stockton, who won two PGA Championships in the 1970s, told Golf Channel. “I think Phil would have been a big distraction. The story here this week is the PGA.”

Stockton, 80, sounds like a guy who really wanted to enjoy a nice free dinner and tell old stories, and he got his wish.

Mickelson has been on the receiving end of harsh criticism following controversial comments he made back in February.

He referred to the PGA Tour as “a dictatorship” while flirting with the Saudi-backed LIV Golf Invitational Series, simultaneously calling the Saudis “scary motherf–kers.”

Stockton’s jabs at Mickelson, which came out of nowhere, certainly don’t align with what McIlroy had to say about the situation earlier in the week.

“This should be a celebration,” McIlroy said. “He won a major championship at 50 years old. It was possibly his last big, big moment in the game of golf.”

“I think he should be here this week and celebrating what a monumental achievement he achieved last year. It’s unfortunate. It’s sad. Yeah, I don’t know what else I can say.”

Mickelson has not played a professional event since February.

Related: Former Golf Broadcaster Gary McCord Shares How He Used To Gamble With Phil Mickelson From The TV Tower During PGA Tour Events