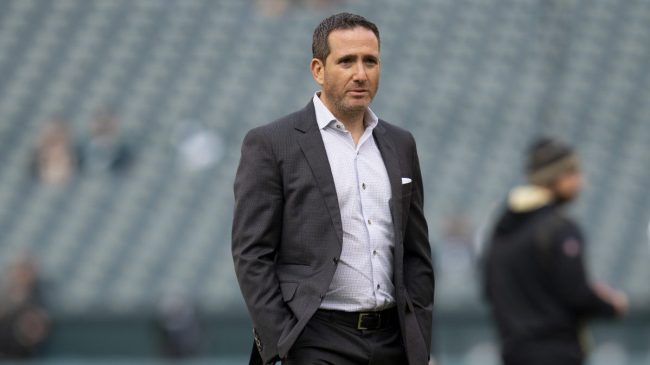 Philadelphia Eagles fans haven’t always been the biggest fan of General Manager Howie Roseman. This despite Roseman constructing the team that won Super Bowl 52 with a backup quarterback and a laundry list of injury. The 2018 victory is the lone Super Bowl in the history of the franchise.

The Eagles have gone just 31-33 in the four seasons since the Super Bowl run, but they made the playoffs in three of those four seasons and are now positioned yet again to contend for a Super Bowl.

Much of that success depends on the development of third-year quarterback Jalen Hurts. But Roseman and Philadelphia had one of the strongest offseasons of any team in the NFL.

The Eagles acquired superstar wide receiver AJ Brown from the Tennessee Titans. They drafted one of the top players in all of college football in defensive tackle Jordan Davis. Most recently, Roseman acquired star Saints defensive back Chauncey Gardner-Johnson for mere peanuts.

There’s no questioning that Philadelphia is a team built to win not only now, but also in the future. Though Roseman did express one major regret around the construction of his team.

Reagor flopped, catching just 64 balls for 695 yards and three touchdowns in his two seasons with the team. Jefferson, meanwhile, made the Pro Bowl in each of his first two years and has 196 catches for 3,016 yards and 17 scores.

Roseman was honest in his assessment of the decision.

(Jefferson was viewed as slot, Reagor on the outside/speed)

Roseman also cleaned up his mistake. He not only acquired Brown, but he also used the No. 10 pick in the 2021 draft to select Heisman Trophy winner Devonta Smith out of Alabama. Smith made 64 catches for 916 yards and five touchdowns in his first season. He and Brown now form one of the most dangerous 1-2 combos in the entire NFL.

Maybe now Eagles fans will get off Roseman’s back.