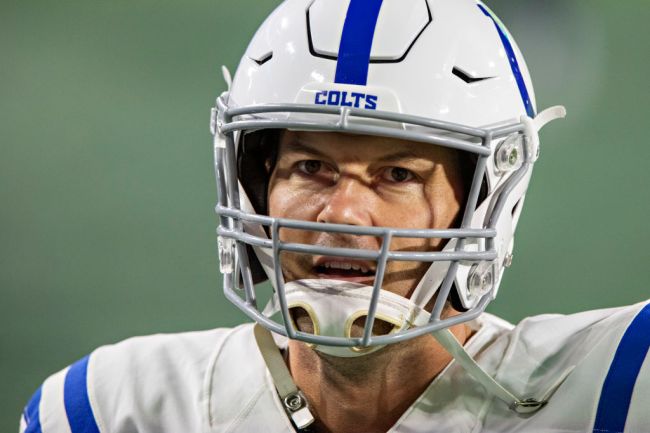 Philip Rivers officially announced his retirement following the Colts’ loss to the Bills in the Wild Card round of the playoffs. Since Rivers made the decision to hang up the cleats, we’ve seen some stories pop up about Rivers and his 17-year career, but one from Colts’ head coach Frank Reich may just be the most impressive of them all.

We all know that Rivers is a tremendous athlete that can do some mighty impressive things with a football in his hand, but apparently, he’s a mind-blowingly good free throw shooter as well.

Reich shared the awesome story with NBC Sports about the 39-year-old winning a bet by hitting 97 of 100 shots from the charity stripe.

“One more story from San Diego. One day—I don’t know how the subject came up—a bunch of us were talking free-throw shooting,” Reich wrote. “Philip said, I’m over 90 percent. We’re all like, No way. So we made a wager: shoot 100 free throws, and he had to make at least 80. He went out there on the hoop we had at camp, and he made 97. We were blown away. But that wasn’t enough. He figured, I’ll show you. Those guys went out there 10 straight days to shoot free throws, 100 a day. And he made, like, 946 out of 1,000. He didn’t even have to do that—he already won the bet. But that’s Philip.”

Ok, 97 out of 100? That seems a bit exaggerated, but then again, why would Reich just make this sort of story up?

We’ve all seen how competitive a person Rivers is during his longtime NFL career, so him betting on himself like this is no surprise at all, nor is the fact that he went on to shoot 100 free throws a day for the next 10 days.