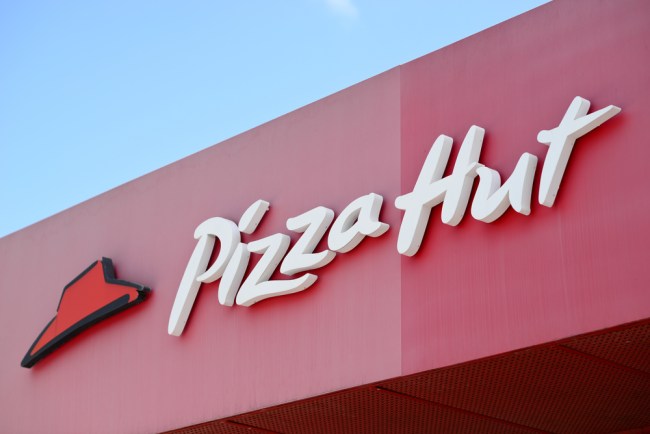 Over the next few days, hundreds of people will be rewarded for years of hard work filled with blood, sweat, and concussions during one of the rare instances in life where picking up a phone call from an unknown number is a good idea: when you’re waiting to get drafted by an NFL team. Plenty of players will be rewarded with millions of dollars for doing nothing more than signing and initiating a few pieces of paper, but bonuses aren’t the only incentive when it comes to one pick in this year’s NFL Draft.

Nobody really wants to get picked in the third round, but Pizza Hut is making the 78th spot a bit more attractive by offering a year’s worth of free pizza to whoever gets scooped up. According to Total Pro Sports, the NFL’s rebound pizza sponsor has dubbed this the “Pi Pick,” as it’s the 14th one of the third round— or “3.14” (while you could also stylize it “3-14,” I’m assuming “Negative 11 Pick” just didn’t have quite the same ring to it).

However, the player won’t be the only person to benefit when they’re drafted later than they’d probably like. Pizza Hut will also throw a party in the city of the team that selects the player, which means the people of Kansas City can expect some free pies coming their way barring any trades by members of the front office who are brave enough to dare the wrath of pizza fansscorned.

On the off chance you’re as curious as I was, the average third-round pick takes home a guaranteed $756,000. I can only imagine how relieved they’ll be to know they’ll have something to fall back on if times get rough.