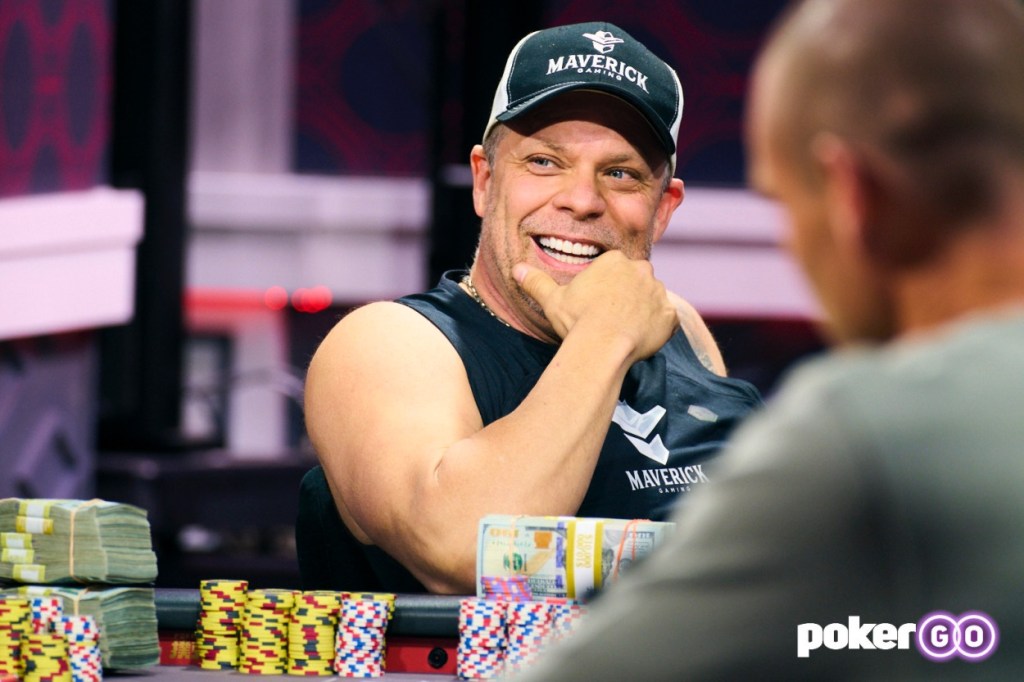 Watching this hand and these antics from Eric Persson, it has dawned on me that I’m a pretty weak poker player. I would’ve likely been pretty easily pushed off this hand by Persson’s mental games and assumed he had a flush.

If you missed Eric Persson’s strategic albeit obscene and over-the-line dismantling of Phil Hellmuth in a heads-up poker tournament back in April, you can watch those two battle it out here. Persson is primarily a cash game player and doesn’t have a ton of documented cashes in poker tournaments.

In fact, he has zero cashes at the World Series of Poker which is set to start next week and that’s because he’s evidently very successful at high stakes cash games. This clip below is from the latest episode of PokerGo’s High Stakes Poker which brings together the best cash game poker players around. And here we see Eric Persson run his mouth and twist Garrett Adelstein’s brain into a pretzel.

Ultimately, Eric Persson saved himself some money in this hand by playing out of turn. After the flop came with all clubs and Garrett Adelstein hit a set of 5s and Persson hit two pair, both were worried the other player had a flush.

Persson made sure to hammer that seed he planted in Garrett’s mind as the hand unfolded but when Adelstein went to bet after the river that’s where the mind games really kicked into overdrive. Garrett was holding $75K in chips (here chips = cash) to bet and Eric Persson called out of turn and declared his intention to call, all before the initial bet went into the pot.

Now that Garrett Adelstein knew Eric Persson’s intention was to call he had a LOT more information to work with. He knew that Eric liked his hand enough to call and he knew Eric didn’t like his hand enough to re-raise. Ultimately, he decided to just check the winning hand and took down the $73,000 pot where he could’ve won another $75K off Persson but Eric’s mind games talked him out of it.