The Rams Do The Most L.A. Thing By Turning A Sick Malibu Mansion Into Their War Room For 2021 NFL Draft 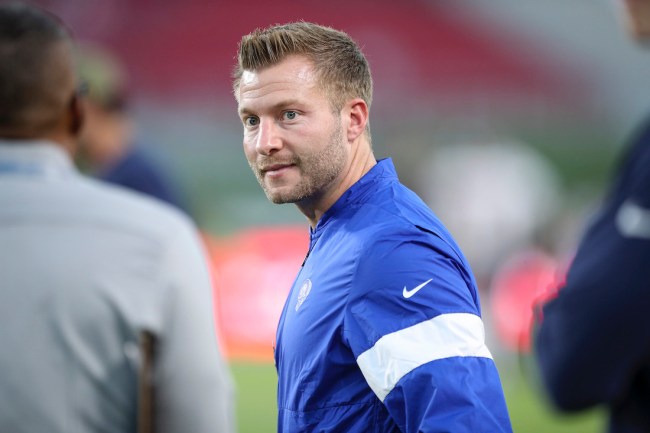 The L.A. Rams don’t actually have a selection in the 2021 NFL Draft until pick No. 57, meaning head coach Sean McVay and his bosses will have plenty of time to sit back and relax until it’s their turn to choose a player. And, in typical Los Angeles style, members of the franchise aren’t planning on going to an office and being cooped up in some room at the team facility wearing suits for the TV cameras. Oh, no, these dudes are going full bachelor party-style.

According to Rams reporter Jourdan Rodrigue, the NFC West team is taking full advantage of the sunshine in SoCal, and decided to rent a mansion in Malibu and convert it into its war room for the 2021 NFL Draft. As you might expect, the thing looks pretty dope.

This is either boujis as all hell or genius, giving the Rams a chance to show NFL Draft prospects that the franchise truly believes in that laid back, L.A. vibe. It’s a lifestyle, and Sean McVay and his bosses are fully living it.

Now, who knows if this is a way to really stick it to one of the team’s NFC West’s rivals, the Arizona Cardinals, whose head coach, Kliff Kingsbury, went viral during the 2020 NFL Draft for putting out quite the vibe during the event while lounging at his mansion. Here’s a reminder as to what that looked like.

Whether it’s Kingsbury’s set up from last year, or the Rams flexing hard AF on every other NFL team with their digs for the 2021 NFL Draft, this is some big dick energy. While some franchises like to keep things old school and run a traditional war room for the draft — keeping things buttoned up and boring — some of these younger head coaches are showing that there’s a very different way of doing things. Somewhere, Vince Lombardi’s rolling around in his grave asking himself, “what in the hell’s goin’ on out here?”