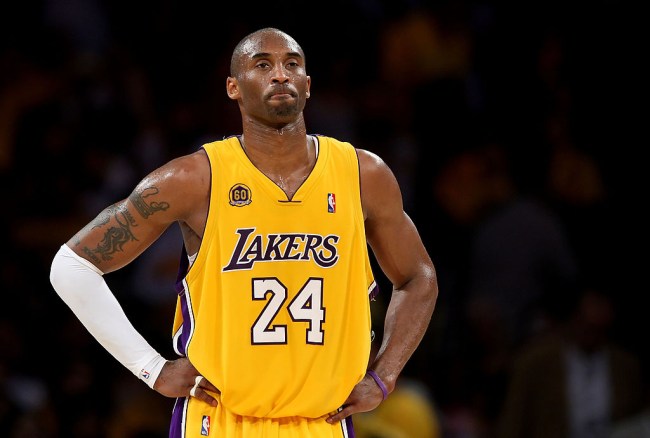 As we learned of the heartbreaking news of Kobe Bryant, his daughter Gianna Maria aka GiGi and at least two other people passing away in a helicopter crash, there were NBA teams getting set to play games on Sunday night.

While many are saying that games should be canceled or postponed during this difficult time, the Spurs and Rockets took to the court in San Antonio.

The two teams decided to let the 24-second shot clock run out during the first possession to pay tribute to Bryant, who wore No. 24 for a majority of his career.

It was certainly a touching, heartfelt and also sad moment inside the arena honoring one of the best to ever play the game just hours after the news of his passing was reported.

Related: The Sports World And NBA Players Including Dwyane Wade, Scottie Pippen React To The Tragic Death Of Kobe Bryant

Bryant was just 41-years-old, played in 1,346 career NBA games and won five NBA titles throughout his incredible career with the Los Angeles Lakers before retiring after the 2016 season.