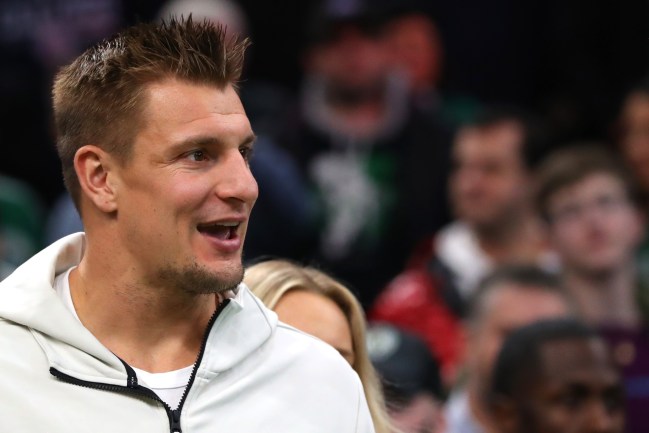 The NFL officially has its party boy back, as Rob Gronkowski not only decided to come out of retirement to play football again, but, after doing so, got traded from the New England Patriots to the Tampa Bay Buccaneers. The shocking news reunites Gronk with his one and only quarterback, Tom Brady, making the Bucs the offseason champs given all of their acquisitions thus far.

While everybody in Tampa is celebrating for the move to get both Brady and Rob Gronkowski, the front office should be doing backflips for another reason: And it’s because they absolutely hosed the Patriots in this deal, merely giving up a fourth-round pick for the three-time Super Bowl champ and future Hall of Famer. This is highway robbery at its finest.

Trade, pending physical: Patriots are trading TE Rob Gronkowski and a seventh-round pick to the Buccaneers for a fourth-round pick, source tells ESPN.

Look, I hear the arguments about the Pats getting something for nothing in the Gronk deal — after all, he was never seriously considering coming out of retirement to play for them again, not without Brady as his quarterback — so, in that regard, kudos to them for turning a retired player into a mid-round pick. But here’s the thing that really proves how badly Tampa Bay ripped off New England: Details of the Patriots’ rumored trade with the Lions in 2018 for the tight end surfaced, and, oh boy, would they have gotten a boatload of value in return.

According to an ESPN article from Adam Schefter in 2018, the Patriots and Lions had serious discussions about a Rob Gronkowski deal, but the tight end was unwilling to play anywhere but New England. Schefter then tweeted out the assets that would’ve been involved in that swap — and New England would’ve gotten more than fair value for the legendary tight end.

While some may say the Patriots-Lions deal was nothing more than a rumor, Schefter’s 2018 piece suggests otherwise, with New England even confirming the talks took place. Ultimately, though, Rob Gronkowski quashed the idea because he only wanted to play with Tom Brady.

New England Patriots tight end Rob Gronkowski confirmed to reporters on Sunday that he considered retiring during the offseason when the team explored trading him to the Detroit Lions.

“Yeah, it happened,” Gronkowski said after the 26-10 loss to Detroit. “[Tom] Brady’s my quarterback, that’s all. Wasn’t going anywhere without Brady.”

On Monday, Brady said the feeling was mutual when it comes to his star tight end.

“I think that speaks to our relationship and I feel as strongly about him as he does about me. I love the guy,” Brady told WEEI on Monday. “He’s had a big impact on my career — personally and professionally. Like I said, I’m very lucky to play with him and we’re going to keep fighting.”

The fact that the Lions were open to dealing both a first- and second-rounder for Gronk just two years ago proves how much his value has fallen with just one season of retirement — especially given his serious injury history. That’s not to say he’s still not the bullish offensive threat we all know him to be, but, then again, who knows for sure?

Still just 30 years old, Gronkowski seems rejuvenated and excited now that he’s back with Brady in Tampa. And, even though the Patriots were able to squeeze a fourth-round pick for a guy who was just sitting around on the couch — when he’s not winning WWE championship belts, of course — in the end, the Bucs got the best of New England given what they could have gotten in return about 18 months ago.