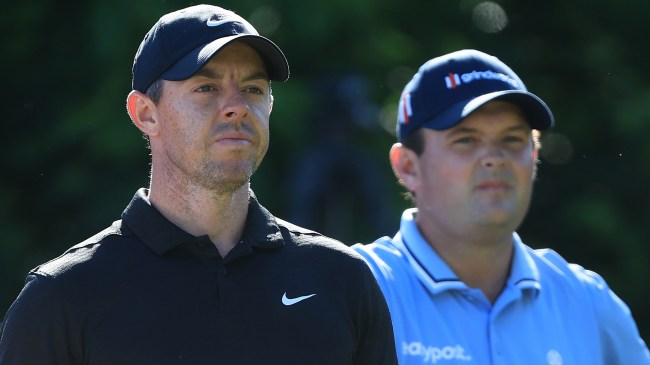 If you keep fairly close tabs on the world of golf, you’re likely aware Patrick Reed has been no stranger to controversy over the course of his career.

According to a book published in 2015, one of Reed’s teammates at the University of Georgia accused him of stealing a putter and a sizeable amount of cash out of his locker (although he’s denied he was guilty of any wrongdoing).

Reed didn’t exactly make a ton of friends on the PGA Tour after turning pro in 2011. He was the source of a fair amount of internal friction during Team USA’s disappointing showing at the Ryder Cup in 2018, and when he was caught cheating at the Hero World Challenge the following year, a number of his fellow players suggested it was far from the first time he’d bent the rules.

In 2022, Reed was one of the dozens of PGA Tour players who made the leap to LIV Golf. That move obviously didn’t curry a ton of favor with Rory McIlroy (who has been one of the upstart league’s most vocal critics), and those tensions came to a head on Monday when he was accused of throwing a tee at the Northern Irishman after he got the cold shoulder at Emirates Golf Club in the lead-up to the Hero Dubai Desert Classic.

It took a while for video evidence of the “incident” in question to surface, and once it did, it became pretty clear the whole thing was probably a bit overblown.

However, according to ESPN, McIlroy still had plenty of things to say when asked about what went down. While he acknowledged he didn’t think it was a huge deal, he also didn’t mince his words while responding to the move:

“I didn’t see it. Patrick came up to say hello and I didn’t really want him to. That was it. I didn’t see a tee. I didn’t feel a tee. Obviously someone else saw that. I can’t believe it’s actually turned into a story. It’s nothing.

But apparently that’s what happened. And if roles were reversed and I’d have thrown that tee at him, I’d be expecting him [to file] a lawsuit.”

At first glance, it appeared McIlroy was referencing the massive defamation lawsuits Reed has filed against multiple members of the media. However, he revealed he was also at the receiving end of a subpoena from Reed’s lawyer on Christmas Eve last year.

Rory: "I was subpoenaed by his lawyer on Christmas Eve. Trying to have a nice time with my family and someone shows up on your doorstep and delivers that, you're not going to take that well. I'm living in reality, I don't know where [Reed is] living."

Something tells me this isn’t the last time these two men are going to butt heads.