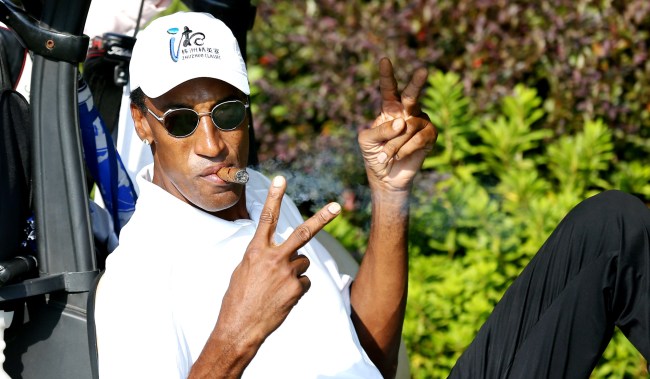 NBA Hall of Famer Scottie Pippen has been in a very “get the hell off my lawn” mood this week. He’s been out here taking shots at LeBron James, saying the contests in the Orlando bubble are nothing more than glorified pickup games, and he’s really not happy with his former team, the Chicago Bulls, hiring Billy Donovan as the team’s next head coach.

The 55-year-old Donovan won back-to-back national championships as the coach of the Florida Gators, took the Orlando Magic head coaching job in 2007 only to then back out without coaching a game, and led the Oklahoma City Thunder from 2015 to 2020, compiling a 243-157 record (.608).

Unfortunately, Donovan’s regular season success with OKC didn’t translate to the postseason where his Thunder teams went 18-23 (.439) and never made it past the first round of the playoffs outside of blowing a 3-1 lead to the Warriors in the the Conference Finals during his first season with the team.

It’s those playoff disappointments that have Bulls legend Pippen less than impressed with the hiring.

“If you’re looking at it from a fan perspective, I’m not impressed with what they did,” Pippen told Forbes this week.

“I don’t think that they have made any dramatic changes that are going to change who they are as a team. That’s just my personal opinion. I like Billy Donovan as a person but I don’t think he’s proved anything in the NBA that proves he’s worth investing in and bringing a team up that needs help like Chicago does. They’re a team that has been struggling for a long time. To me, I don’t see the value he brings to them. He’s going to be a coach but there are a lot of them out there. He didn’t do anything special in OKC that warranted him a second opportunity. That’s just my opinion.”

Considering the fact that the Bulls have made it to the Eastern Conference Finals just one time in the 22 years since Pippen, Jordan and Rodman departed Chicago (also the only year the Bulls have won more than 50 games during that time span), it’s not like the franchise is the most attractive place for a really good head coach to want to ply his trade.

Perhaps the Bulls should have rehired Tom Thibodeau before the Knicks snagged him. He did go 255-139 (.647) in his five season with Chicago, after all.