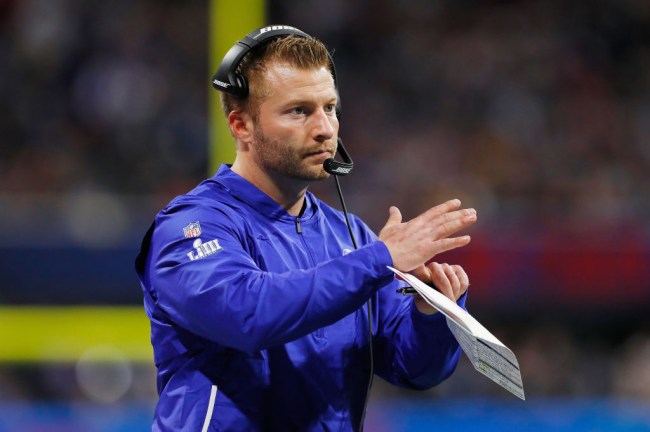 If you are currently reading this and think football is a safe and harmless sport, you have probably never played it, watched a game that featured someone laying motionless on the field for a full minute before getting carted off, or paid even the tiniest bit the depressing connections the sport has with CTE.

The inherent brutality of the game is something I have firsthand experience with. I have never played a game in the NFL..or in college…or high school. However, I did play in seventh grade and I had to take Motrin every night for my headaches. So yeah, it’s definitely not for the faint of heart.

As if it wasn’t risky enough already, a global pandemic sparked by a contagious illness has added another level of danger to a sport that requires players to continuously get all up in each other’s grill for three hours. Despite giving his seal of approval to the NBA’s restart plan, infectious disease expert Dr. Anthony Fauci warns that it may be impossible for football to be played safely this year based on its very nature.

If the NFL wants to carry on this fall, it will have to deal with how to keep players reasonably distant on the sidelines, in the huddle, and on the field. However, as much as the league would like you to believe it’s doing everything in its power to keep people safe, you simply can’t keep players too far apart unless you want to create an entirely different sport (which could actually be kind of interesting).

There’s no question it will be difficult—if not impossible—for there to be any sort of social distancing in a sport that requires bodies to be all over each other and no player is going to wear a mask if they have to sprint down a field.

Dr. Fauci is not the only person to voice his uncertainty, as John Harbaugh basically said the guidelines the NFL has proposed are a total farce. Others have echoed his concerns about the feasibility of following many of the protocols—including Rams coach Sean McVay, who implied the NFL wants to have its cake and eat it too while discussing the absurdity of practicing social distancing when all rules are getting defenestrated on gameday.

Sean McVay on what will undoubtedly be a unique training camp for all NFL teams, to Anthony Lynn via Zoom: "I mean, isn't this crazy, Coach Lynn? … We're going to social distance, but we're going to play football? It's really hard for me to understand."

It is a little crazy, Sean.

As more and more members of the NFL speak out about how ludicrous this all is, no one seems interested in presenting a better solution (which may have to do with the fact that it doesn’t exist). I get that everyone wants football to be played this year (and the NFL wants the money that comes along with it) but you have to wonder if we’ll regret pushing for it as hard as we did when everything is said and done.