St. Jude Invitational Golf Picks From A Betting Expert Who Has Picked 3 Of The Last 4 Tour Winners 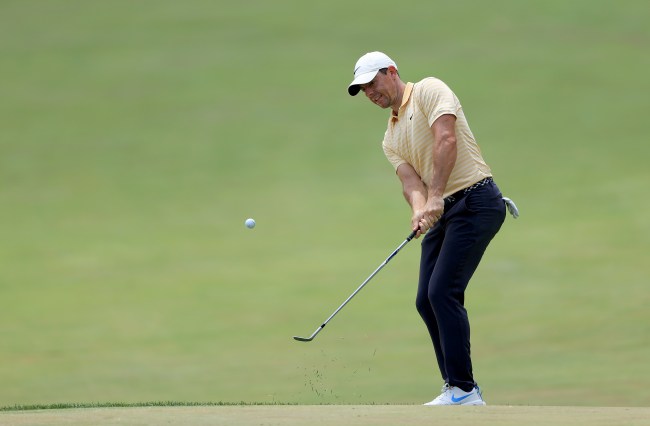 We finally took a pit stop from the incredible run we’ve been on.

Tony Finau took a first round lead on Thursday, and looked well positioned to get us to the winner’s circle, heading into Sunday down just two strokes. After a few early birdies, Finau after 4 holes, had the outright lead. Unfortunately, he wasn’t able to hold on, and ultimately faded down the stretch.

The tour heads to Memphis this week for the WGC St. Jude tournament.

This is a World Golf Championship event, which means the field is much smaller (78 players) and there is no cut. So we don’t have to worry about our guys making the cut on Friday. Since there is no cut, in these events, the cream usually rises to the top. Being that everyone is guaranteed four rounds, we typically see some of the studs in position to take this tournament down. So our card is smaller this week, and more top heavy.

Below is a refresher on how I am allocating my bets this week, and who I like to take down the WGC St. Jude.

Welcome to part 2 of WGC ST. Jude preview, where today we take a look at players I have the most interest in using on DraftKings in their tournaments. In these articles, I am going to pick two players that I am the most interested in using, from three different tiers. $9,000 and up, $7500-$8900, and under $7500.

Since this is a WGC event, there is no cut. So we don’t have to worry about guys not making the cut, everyone gets four rounds. When this is the case, it makes more sense to go stars and scrubs, as even the cheapest guys are going to accumulate points the whole week.

Thomas ranks first in my model this week, but is 4th highest in salary, so we are getting some value here. He won this tournament two years ago, and I think he is primed for another run at taking it down this week.

Xander ranks as elite in almost every category I am looking at, and is a big time birdie maker. With 4 rounds guaranteed, it seems like a pretty good bet that Xander should have at least one round where he goes bananas and brings a lot of birdies.

Matsuyama is a great guy to target in this type of format. He stinks at putting, but with 4 rounds to play, he is just such an amazing ball striker, that he should have more opportunities than most. So he should by sheer volume accumulate birdies, to move him up the board.

Garcias has been hot recently showing good form by ranking 7th in the field in birdies gained over his last 12 rounds. He’s reasonably priced, and let’s you still use some of the big boys in your lineup.

Van Rooyen is very cheap this week, and let’s us get studs in our lineup. He not only is one of the better birdie makers in the field, but he’s been making a lot recently as well. Since most of your Draftkings points this week aren’t going to come from finishing position, but from birdies made and streaks, we want guys who can go low. EVR fits that description.

Another guy who is super cheap, but has been playing well, is Ryan Palmer. At the last event we saw Palmer, he was finishing second at the Memorial. If he can continue his form from that week, he should provide us some good value.