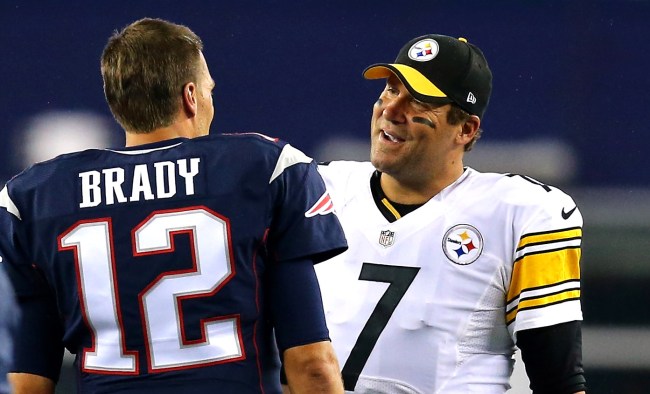 Until he publicly announces his decision, the 2020 destination for six-time Super Bowl champion Tom Brady will be the subject of heated debate among NFL fans.

Based on the things Brady told Peter King following Sunday’s night’s exit from the 2019 NFL playoffs, it’s almost a certainty that the three-time NFL MVP will return for a 21st season.

“I love playing football. I still want to play football. I think I still can play at a championship level. I’ve just got to go do it. I’m motivated to get back to work and training,” said Brady.

Whether that means a 21st season plying his trade for the Patriots, however, that’s a whole other question.

“I’ll explore those opportunities whenever they are,” Brady said about being a free agent for the first time in his career. “If it’s the Patriots, great. If that doesn’t work, I don’t know. I just don’t know.”

Cris Collinsworth said after Sunday’s game that he believes Brady will go play for the Los Angeles Chargers, and his reasoning makes some sense. Other teams that have been mentioned as possible destinations include teams like the Indianapolis Colts, Cleveland Browns, Oakland Raiders, Carolina Panthers, Tampa Bay Buccaneers, and Pittsburgh Steelers.

The Colts general manager doesn’t seem sold on Jacoby Brissett. The Browns are, well, the Browns. The Raiders are moving into a brand new stadium in Las Vegas and QB whisperer Jon Gruden isn’t exactly singing the praises of Derek Carr. The Panthers and Buccaneers have question marks at the quarterback position. And the Steelers may be without the services of Ben Roethlisberger if he decides to hang it up after 16 years of taking a beating, as has been rumored.

It’s that last possibility that has Steelers fans participating in a heated debate over whether or not Brady to Pittsburgh would be a good thing for their team or if it even make sense.

SAY WHAT!?!? Could Tom Brady play for the Pittsburgh #Steelers next year? https://t.co/BO6kpnKzRf

Could Tom Brady finish his career in Pittsburgh?

The Steelers are among the listed betting favorites for the six-time Super Bowl champ.https://t.co/UBlUV8DB6Z pic.twitter.com/E4WfO6fFL0

The comments in this case, unlike most sports debates, are actually, for the most part, actually somewhat coherent and interesting.

It would never happen, unless Ben decides to retire and even then Brady would probably want too much money. But let’s not forget, that the Steelers gave Rudolph and duck the reigns over picking up a veteran QB. If they try to get any Qb in FA I would bet on newton over Brady..

I hope so Ben is done Imagine Mason learning from Tom

Better Brady than Ben Roethlisberger who is always getting injured

There are many reasons why this is a bad fit... Among them is the fact that Fichtner wouldn't know the first thing about play-calling for Brady. Just like he doesn't with Ben, Mason, Josh, and Duck. Brady's talents would be wasted with the Steelers.

The mere thought of Brady wearing the Black and Gold was just too much for many fans though.

I would never watch a Steeler game again. They came extremely close when they signed Vick. I stopped but came back after he left. If shady comes in I will be done forever.

I haven't seen so many "NO" responses to a possible #Steelers QB acquisition since the last Kaepernick article.

Would you be in favor of Tom Brady as the Steelers quarterback?