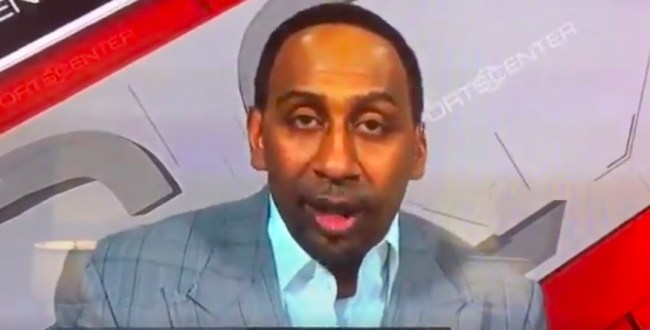 At just 27 years old and five years removed from being named first-team All Pro, we may have seen the last of Josh Gordon in an NFL uniform. The oft troubled wide receiver announced Thursday he was stepping away from the Patriots to deal with mental health issues. Not long afterward, the NFL announced his indefinite suspension for violating the league’s drug agreement.

“I take my mental health very seriously at this point to ensure I remain able to perform at the highest level,” Gordon wrote in a social media post. “I have recently felt like I could have a better grasp of things mentally. With that said, I will be stepping away from the football field for a bit to focus on my mental health.”

Gordon had been the Patriots most lethal deep threat. In 11 games this season, Gordon compiled 40 catches for 720 yards with three touchdowns. All reports indicated that the organization was glad to have him, both as a player and a person. That all changed Thursday, and no one on the planet had a worse take than Stephen A. Smith.

This is a HORRIBLE take from Stephen A Smith on mental illness and addiction. I’m absolutely appalled this aired on television. pic.twitter.com/W7tYQca2OA

“I don’t want to come across as harsh or unsympathetic to Josh Gordon,” Smith said on the air late Thursday night. “But let’s be very, very clear here. You’ve got a whole bunch of people out there talking about ‘It’s a disease, it’s a disease’ because it’s an addiction.

“Well, I’m not going to debunk or eliminate the notion that it’s a disease, but how did it become one? Because you can’t get addicted to something you never try. This isn’t cancer. This isn’t Alzheimer’s disease, dementia or something like that. This is self-inflicted.”

Insensitivity aside (no one is entitled to be handled with kid gloves), this is such a rudimentary understanding of mental health and addiction. Oh you don’t want to get hooked, NEVER TRY IT. Well, yeah dude. No shit. I don’t think anyone would ever argue that Gordon’s perpetual issues aren’t self-imposed to some degree, but to over-simplify what he’s going through with a binary fix-all doesn’t illuminate anything other than the endless depths of Stephen A.’s blowhard-ery. Personal responsibility is important in overcoming addiction, but I seriously doubt Josh Gordon is enjoying any of this.