Stephen A. Smith Responds To Antonio Brown Calling Him Out, Goes Scorched Earth On Drew Rosenhaus 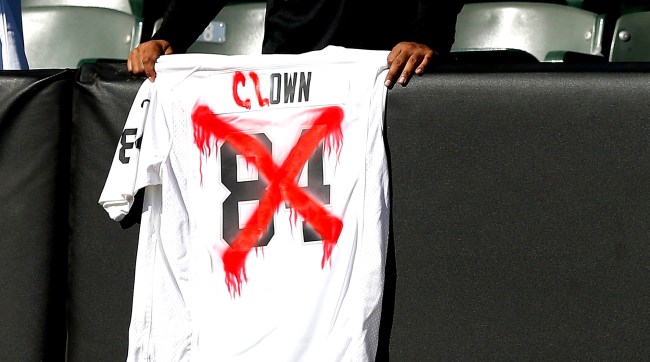 Former NFL wide receiver Antonio Brown has been completely out of control this week – even by his standards.

Over the past seven days, Brown has thrown a bag of d**ks at his baby mama, cursed at police, been cut loose as a police benefactor, rumored to be involved in discussions to box YouTuber Logan Paul, been let go by his agent Drew Rosenhaus, and challenged ESPN talking head Stephen A. Smith to meet up with him in South Florida so they can “speak” after Smith criticized the ex-NFL star.

On Friday, Smith responded to Brown calling him out on Twitter during a segment on First Take.

“I’m at a point where I feel incredible sorry for what I’m witnessing take place in the life of Antonio Brown,” said a clearly exasperated (more than usual) Smith. “He’s clearly not all there. He’s all over the place emotionally, we all know that. Some have speculated that he may have CTE…. he’s suffering from that right now. We don’t know that, but I know that he doesn’t seem the same since nearly getting decapitated by Vontaze Burfict and looking like rigamortis was kicking in right on the turf for crying out loud.”

“What a devastating hit he suffered and we don’t know what kind of residual effects that may have had on him,” Smith continued. “As it pertains to him coming at me and talking about, uh, talking along the lines of we can speak? There have been several opportunities in the past when Antonio Brown has had an opportunity to speak to me. He has passed. Also he’s passed in terms of blocking me on social media. I was never following him, but I guess he didn’t want me seeing any of his stuff either. As if I care. Because I don’t.”

Smith went on to say that we should all be concerned about Brown, and then went HAM on Drew Rosenhaus, claiming that perhaps the agent only let AB go because the wide receiver isn’t going to earn him any more money.

Check out the entire segement below…