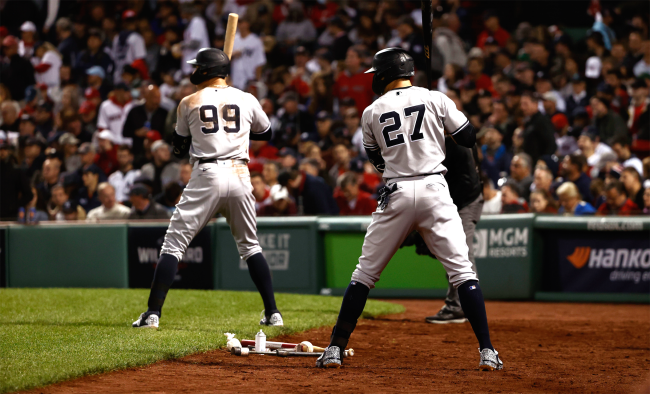 With Major League Baseball in a lockout and missing out on the usual hot stove league ice cold thanks to no new deals being signed or trades being made, one certainly has to wonder what the 2022 season is going to be like.

The 2020 Major League Baseball season was just 60 games. The 2021 Major League Baseball season saw the Toronto Blue Jays playing their home schedule in the United States in places like Dunedin, Florida and Buffalo, New York until July 30. It also saw the 91st All-Star Game moved from the home of the Braves to Coors Field in Colorado for political reasons. The Cleveland Indians also revealed 2021 would be the last year they would use that nickname, changing it to the Guardians for 2022.

Many baseball fans have just been ready for things to get back to normal. And then, on December 2nd, the owners locked out the players and now the whole 2022 season is in doubt.

With that in mind, the folks over at The Athletic decided to ask 11,500 sports fans for their thoughts on the state of baseball in 2022.

In fact, over 51 percent say they are currently “disappointed” with the current overall state of Major League Baseball. Over 11 percent are just plain “angry.” Less than 3 percent would consider themselves “happy” with the current situation.

However, only a little over 5 percent of these fans are upset at the players alone. The vast majority, over 61 percent, are ticked off at the owners. The rest are just blaming both sides.

Over half also expect that the lockout is, once again, going to cause a delay to the season getting started.

As for the guy in charge, MLB Commissioner Rob Manfred, on a scale of 1 to 5 with 1 being poor and 5 being excellent, only 3 percent gave him a score of 4 or 5.

MLB fans are most upset with the way the league handles minor league pay and living conditions, broadcast blackouts, and teams tanking.

Almost 62 percent of those surveyed also want to see Major League Baseball expand from its current 30 teams with the top choices for new teams being in Montreal, Nashville, Las Vegas, Portland, and Charlotte.

Looks like the Tampa Bay Rays won’t be playing half their home games in Quebec, so Montreal is still a possibility… I guess.

BREAKING: #Rays season-sharing plan with Montreal killed by MLB, search back on for a full-time home https://t.co/pH2pAHBUf0

Since MLB played a game at the Field of Dreams in 2021 and it went so well, the survey asked what other places fans would like to see games played.

The top five answers were: a sandlot, Negro League stadiums, Minor League stadiums, a “Midnight Sun” game in Alaska, and in Havana, Cuba. Amazingly, 10 the 10th most popular suggestion was to play a game on an aircraft carrier. Not sure how that would work.

Check out the entire survey and all of the results over at The Athletic.