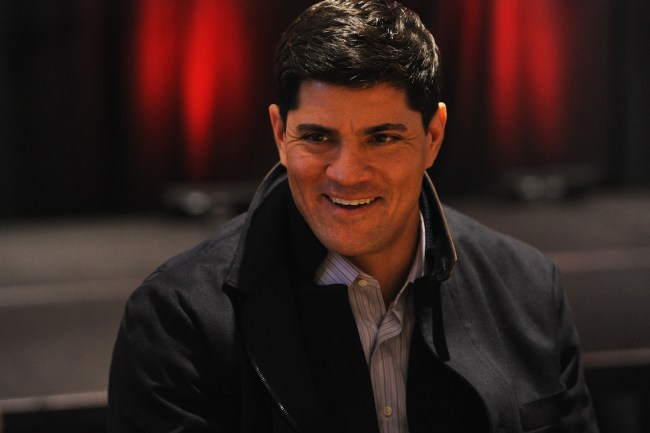 Tedy Bruschi sees the writing on the wall as the 2021 NFL season inches closer. With 17 regular season games now being played for the first time in the league’s history, the former Patriots linebackers thinks there could be some changes in the way the game’s played — and it won’t be for the better.

Appearing on ESPN’s Get Up Thursday morning, Bruschi talked with Ryan Clark about the recent NFL schedule release, which gave fans an idea of when and where their favorite teams will be playing next season. There are some incredible matchups to look forward to — like Aaron Rodgers-Patrick Mahomes. But there were also some really weird decisions, too — like the Browns playing the Ravens, having a bye, then playing the Ravens again.

Given the 17 regular season games next NFL season, along with the league trying to find the right balance of divisional games and intriguing matchups, Tedy Bruschi’s concerned load management could become an issue for teams.

The conversation seemed to center around the Washington Football Team’s last five games, which are all divisional games against NFC East opponents. Naturally, those are more important because, even in a crappy division like that, the team with the best record in the division can reach the postseason — as the WFT did last year with a 7-9 record. For that reason, Bruschi wonders if the team could rest players early in the season to be healthy for those final five (and critical) division games.

Who knows if Tedy Bruschi has any intel on the load management idea from head coaches around the league or not? But the guy is a Bill Belichick disciple, and, if there’s one coach in the league that games the system better than anybody, it’s the Patriots’ guru. Like, who doesn’t think Belichick would sit his starting quarterback and just run the football 100 times to win a game. That dude doesn’t care about style points. And if it means his regular starter would be fresh for the stretch run, he could do it.

The term “load Management” is something we’ve seen in the NBA for years, with guys like Kawhi Leonard taking full advantage of the practice in order to stay ready for the postseason. With a 17th regular season game upcoming in the NFL this year, maybe teams start implementing a similar strategy — which would suck.

Sure, there are times when teams rest star players late in an NFL season after a playoff berth is clinched, but would teams seriously consider doing so based off their NFL schedule — like the WFT’s with those five divisional games to end the season? It can’t be overlooked.

Here’s to hoping every team and coach and player plays the NFL season as normal as possible, and that no one rests to “save” himself for a more important game. That’d be bad for business all around.