Terrell Owens Says He Would Like To Wine And Dine Olivia Munn: ‘She’s Very, Very Sexy’ 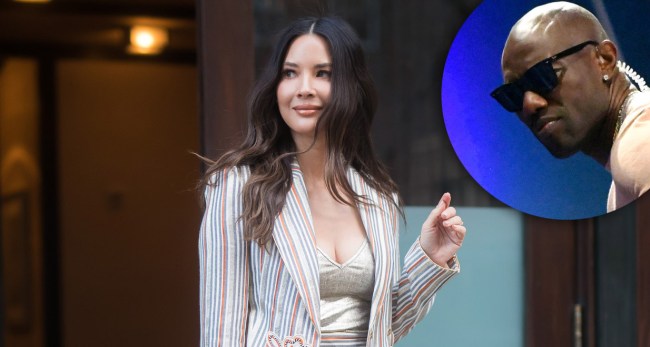 Hall of Fame wide receiver Terrell Owens has been making the media rounds this week promoting his new wine brand “Eighty-One” (who doesn’t have their own brand of liquor these days?) when he was asked which famous women he would like to wine and dine?

During an interview this week with Kalyla Clough, the Managing Producer of NYPost.com, Owens answered numerous questions related to dating, such as what an ideal romantic night looks like to him (it involves his wine) and how he would approach a Netflix and Chill night (wine and, of course, popcorn are needed).

“I think about Sanaa Lathan. She’s beautiful. I love her career. I love watching her perform. I’ve watched a number of her movies.

“Those are my favorites so far.”

Somwhere Aaron Rodgers (and maybe even Olivia Munn) is grinning at this revelation by T.O.

Prior to this interview, a couple years back on The Real, Owens was asked about Khloe Kardashian being his celebrity crush, so Clough wanted to know if she was still on his list.

“You know, it’s a crush, literally and figuratively,” Owens replied. “She’s dating someone right now so it’s kind of hard to really have a crush on somebody that’s already somebody’s already crushing.”

As far as whether the 47-year-old, who was once married to a postal worker from Texas named Rachel Snider for just three days in 2014, is dating anyone now? He deftly avoids giving a straight answer to the question.