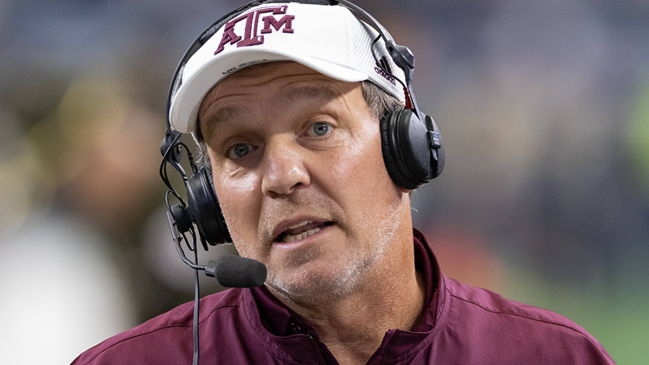 Texas A&M football was supposed to be a bona fide playoff contender this past year. They started out ranked sixth in the country after beating Alabama in 2021.

But, the season was an incredible, unmitigated disaster. It’s honestly hard to remember all the ways that it was a mess.

First, the Aggies lost at home to Appalachian State early in the season in embarrassing fashion.

I know it’s less than 48 hrs remaining in the year.

But never forget A&M with a 5th year HC paid Appalachian State $1.5M to beat them at home before finishing 5-7.

Just a reminder for the Aggies on Texas twitter this morning. pic.twitter.com/YU1QECLs0S

This is after their corny, incredibly dumb, yell leaders made fools of themselves by mocking Appalachian State, only to lose to them.

Here is the video about Appalachian State that Texas A&M doesn’t want anybody to see.

And, they just kept losing. Texas A&M went 5-7, and finished near the bottom of the SEC. It seems like there were issues all season.

And, they had an incident involving players misbehaving in the locker room postgame that resulted in suspensions.

All three were part of Texas A&M's No. 1 recruiting class: https://t.co/pNvOunlNoA

And, they’ve had a terrible time in the transfer portal, with nearly a third of the scholarship players leaving the program. Just how bad is it? Well, take a look.

Who could blame them? After all, the whole Midnight Yell thing is pretty weird.