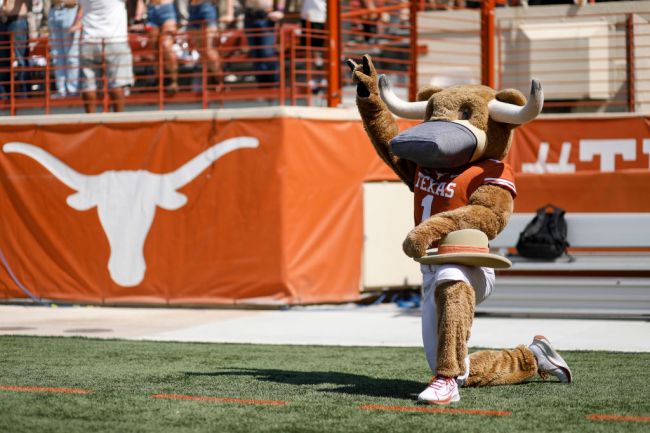 You can’t spell ‘uterus’ without ‘ut,’ and the University of Texas knows it.

Back in November of 2019, Texas announced that it was going to begin renovations of the south end zone at Darrell K Royal-Texas Memorial Stadium. The university shared renderings of what the finished product would look like. Everyone joked that the end zone looked like a diagram of a uterus that every biology book in the world has illustrated inside of it.

It turns out that Texas didn’t care that every college football fan was making fun of its new stadium. The end zone is now finished, complete with a giant Longhorns logo that looks nothing like a Longhorn and a lot like a uterus.

The logo in the end zone won’t be seen when there are actual fans inside the building, but still, we all know it’s there.

The “Longhorn Patio” and its design was honestly a cool idea as a lot of new stadiums don’t feature the team’s logo in the seats. Unfortunately, having the bottom of the Longhorn logo open, Texas has created a giant diagram of a uterus.

At least the stadium renovations will be finished in time for Texas’ move to the SEC. The conference isn’t only becoming the first super conference in college athletics, but one of its member schools has a uterus in one of its end zones, and that’s special.