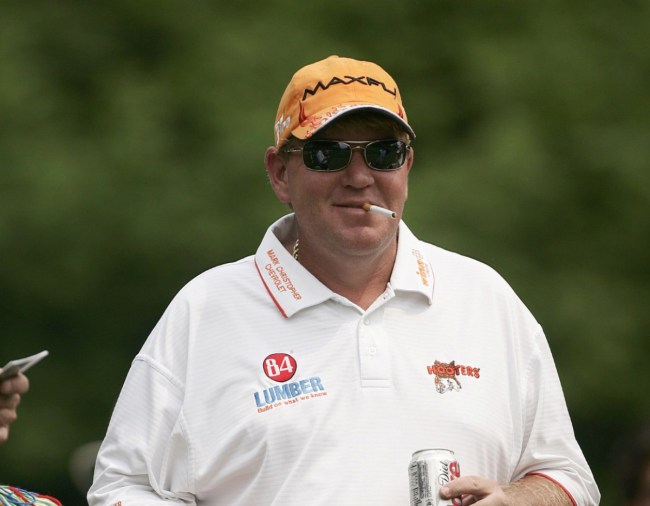 John Daly’s love for Diet Coke has been well-documented over the years. Anyone that had the pleasure to watch him during his prime, or even watched him today, has undoubtedly seen him strutting down a fairway with a Diet Coke in hand.

While there are infinite stories about Daly you could categorize as ‘legendary,’ there’s a new one to add to the list, and this one comes from none other than Tiger Woods.

Walking, in pants no less, in 100-degree weather naturally meant players drank more water in an attempt to stay hydrated. Not Daly, though, instead of mixing a water between Diet Cokes, he simply drank more Diet Cokes.

According to Woods, Daly drank 13 Diet Cokes during a 107-degree round at the 2007 PGA Championship.

Apologies, was tweeting this from memory before I saw the official transcript and the accurate number (according to Tiger) was that Daly drank *13* Diet Cokes.

It’s a safe bet that Daly smoked a few cigarettes during the round as well. Smoking cigarettes and housing Diet Cokes while walking a golf course in 107-degree temperatures would break most men, but not Daly.

Daly finished T-32 in the ’07 PGA Championship while Woods went on to win by two shots over Woody Austin.