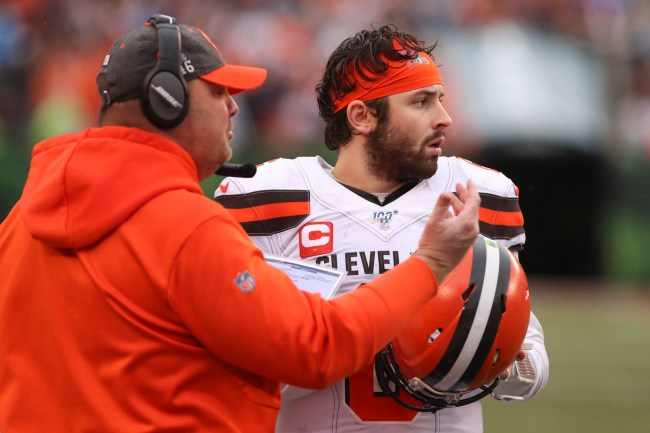 Todd Monken’s first year as the offensive coordinator for the Cleveland Browns didn’t go as many had thought. Instead of seeing the offense explode for big plays and lots of points, the team struggled all season long, only scoring 25 or more points just four times, as the team limped to a 6-10 record. That’s not really what pundits believed the Browns could be, considering the firepower at positions like wide receivers, running back and a former No. 1 overall pick at quarterback.

Unfortunately, because recently fired head coach Freddie Kitchens wanted to call offensive plays, Todd Monken never really got the chance to show his skillset with players like Odell Beckham Jr., Jarvis Landry, Nick Chubb and Baker Mayfield, among others, and was instead forced to play second fiddle to the first-year head coach. Could Monken had made a difference? Possibly. But we may never really know.

With the Browns constantly battling themselves with penalties and a basic offensive scheme all season long, it makes sense that guys like OBJ and Landry were reportedly heard saying “come get me” to opposing players. While both shut the rumors down and pledged their commitment to the Browns, it wasn’t only the players who were reportedly talking crap.

That’s because, per The Athletic, Todd Monken was reportedly doing something similar, with a recent article claiming the offensive coordinator would tell opposing coaches before games how messed up the Browns were under Kitchens.

Monken would spend time on the field before games telling opposing coaches how bad things were with the Browns, calling the team a “total mess” and saying that Kitchens’ Sunday play calling generally steered away from most things that had been in the game plan from Wednesday-Saturday.

If true, this is just another example of how backwards things really were under Freddie Kitchens. Between all the penalties, all the suspensions, all the dysfunction in the locker room, all the sideline altercations with players and beyond, when Todd Monken, the team’s offensive coordinator, is throwing the head coach under the bus, it’s further proof that the head coach had no idea what he was doing.

The Browns haven’t reached the playoffs since the 2002 season, and are now on the search for yet another head coach. Whoever it is, good luck, because this team may still be talented, but they lack any culture at all that gives fans hope things can turn around fast.