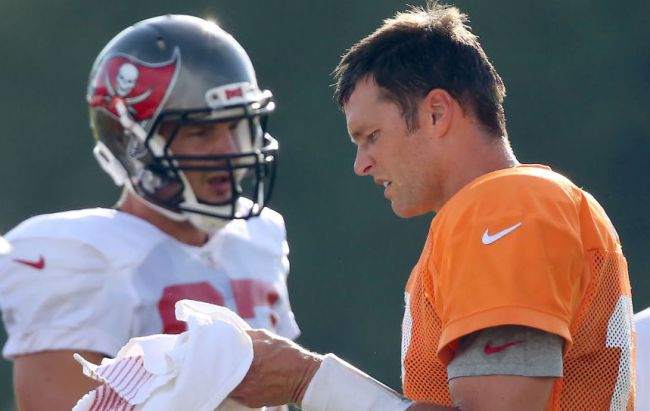 A laughable number of people seemed to seriously believe Tom Brady was a system quarterback who largely owed his success during his time with the Patriots to the coaching mind of Bill Belichick, but after taking his talents to Tampa Bay this year, it became pretty evident that was not the case.

While New England never even came close to sniffing the playoffs after Cam Newton stepped into the pocket, Brady will kick off his 18th postseason campaign when the Buccaneers face off against Washington on Saturday, a stat that would be incredibly impressive even if he wasn’t currently 43 years old.

Brady famously credits his impressive longevity to the TB12 Method™ he’s routinely evangelized over the years, a diet and exercise regimen that has allowed him to come as close as he possibly can to the approach Dennis Reynolds took to help his body reach 100% efficiency by absorbing every nutrient possible (although it’s not clear if the QB also goes days without taking a dump as a result of his habits).

A few years ago, Brady managed to convinced Rob Gronkowski to hop on the TB12 bandwagon, although he had to tweak a program that generally frowns upon the consumption of alcohol to accommodate the tight end’s penchant for partying (and did so by instructing Gronk to harness the same strategy he absurdly uses to avoid getting sunburned).

While Brady’s beer-chugging skills are apparently as impressive as his throwing ability, he largely avoids drinking to a point where he once spent the night downing shots of water to try to fit in with teammates who were celebrating a Super Bowl victory with Hennessey that was flowing like the waters of Niagara Falls.

However, based on a story Gronk shared while speaking with reporters on Wednesday, Brady once opted to let his hair down a bit while attending the Kentucky Derby, where he let loose by downing a shot of Fireball only to immediately regret his decision to let the cursed substance enter his sacred temple.

I’m just going to keep doing this every week from now on.

Last week we got @TomBrady talking about @RobGronkowski getting ready for a GQ photoshoot.

This week, we have Gronk talking about Tom doing a shot of Fireball at the Kentucky Derby. 🐎 pic.twitter.com/6AKB9QbBkY

In fairness, I like drinking as much as Brady doesn’t and have the same reaction basically every single time I throw back some Fireball so I can’t say I blame him.