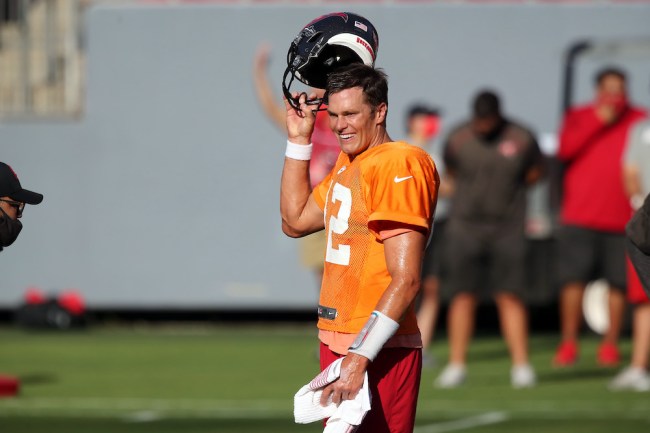 Tom Brady’s first year with the Tampa Bay Buccaneers can hardly be called a bust.

The team is 7-5, and still in the playoff picture, but not performing anywhere near the level of Super Bowl contender that NFL experts and fans expected.

He’s buying multi-million-dollar boats, letting teammates crash for a while, and lives in an amazing waterfront home.

Tom Brady might be a Florida resident for life now that he’s had a taste of the good life in usually warm weather.

In fact, Brady loves the weather so much, he swears he’s never going to live in the Northeast again and not just because a random weirdo is squatting in his home.

“It’s amazing just to be at this point in the season and to still be outside practicing today,” Brady told reporters on Thursday.

“I know we have a warm one coming up on Sunday. I always came down to Florida late in the year — we always played the Dolphins [because] they were in our [division].

It was pretty tough to adjust to. Just being in it really prepares you for the heat because it definitely takes a toll if you’re not used to it. But I’ve loved just being outside every day. I was a native Californian for a long time in my life and I went away from it for about 25 years.

You won’t catch me dead living in the northeast anymore. I’m loving the warm weather and it’s been a great feeling.”

Offensive coordinator Byron Leftwich doubled down on Brady’s comments, explaining to reporters that the quarterback just can’t shut up about the weather.

Just being down here, the other day it got down to 50 [degrees] and I was freezing. I didn’t feel as good as I normally would feel. It’s something that Tom talks about all the time. He just enjoys this weather.

Every day he can’t believe that it’s like this down here – especially coming from up north.”

The Florida weather is obviously much better than the temps in New England. Especially this time of year.

For example, at this very moment, the weather in Tampa is 67 and partly sunny. The climate in New England is incredibly chilly and 6-7.