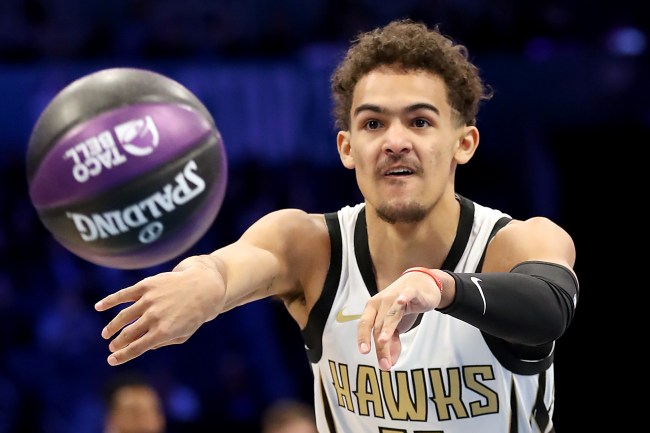 Speaking about how much money the NCAA made from last night’s Duke/UNC game, Donovan Mitchell tweeted, “something has to change.” Luka Doncic added “go play in Europe.” Isaiah Thomas said “Let these kids go straight outta high school!!!” before urging Williamson to sit “sit his ass down” to preserve himself for the NBA.

Trae Young was another NBA player who passionately advocated for Zion to end his Duke career prematurely and protect his future self.

Zion Need To Chill Out The Rest Of Season…

This logic makes sense on many levels. Zion has already proven dominant on a college stage and will likely be the number 1 pick in the 2019 NBA Draft. What is the opportunity cost for playing for a college national championship? Potentially endless fame and hundreds of millions of dollars.

Basketball purists have a different view on this. Stephen A. Smith claims that Zion sitting out the remainder of the season would be ‘unethical.’ Gary Parrish, a college basketball columnist and TV analyst for CBS Sports, offered the most idiotic take of this whole saga when he used false equivalencies to try to pin Trae Young as a hypocrite.

Trae, as we know, is a shooter. He went for a killshot in this instance.

A player who was on No Draft Boards coming out of High School, Laughed at for choosing to stay home for school instead of going to the Blue Bloods, someone who NEEDED to prove a point in College that he could play in the League… can’t just “shut it down”. It’s different💯 https://t.co/nazwOMp5d9

Don’t even gotta explain it to him bro

Pack it up for the weekend, Gary.