Travis Hunter Jr. Put On A LOT Of Muscle At JSU And Looks Crazy Strong While Showing Off QB Skills 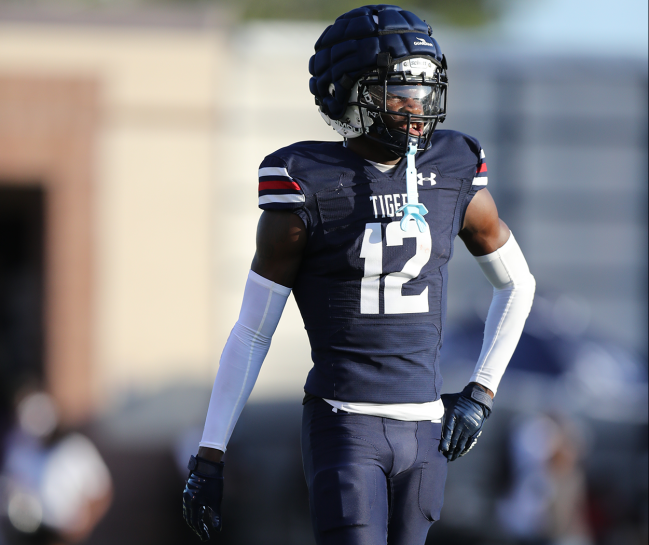 When Travis Hunter Jr. committed to Jackson State over Florida State on Early Signing Day, it sent shockwaves across the college football world. Never before in the history of the sport had the No. 1-ranked recruit committed to play at an FCS program, let alone an HBCU.

Hunter is a freak athlete who will be an instant impact to Deion Sanders’ Tigers. Since his college decision in December, he has showed his abilities on both offense and defense, as well as a dancer.

The Georgia-native has made ridiculous catches over defensive backs and shut down opposing receivers in all-star games before hitting the ‘Primetime Shuffle’ like his head coach. Most recently, Hunter had himself a day at the Jackson State spring game.

Not long thereafter, Coach Prime revealed his big plans for how to use Hunter Jr. and explained how he thinks it helped him flip the nation’s top high school player away from Florida State. Hunter is set to do something that college football players rarely, if ever, do in the modern era.

All of his natural-born talent aside, there was only one real concern with his ability to make the transition from high school to college. Hunter was not the biggest.

Listed at 6-foot-1, 160 pounds on the spring football roster, the two-way freshman is benefiting greatly from a collegiate weight training and diet program. He is already noticeably bigger and stronger.

Travis Hunter, Coach Prime and Sheduer Sanders flew to Dallas during the offseason and got in some work at the SMU facilities.

While there, Hunter showed off his new smile.

He also showed off his athleticism during a private workout with Shedeur. While his route-running was one thing, Hunter looked noticeably bigger and stronger.

And it isn’t just a look thing. Hunter has already put on weight during his first semester at Jackson State.

In a since-deleted YouTube video, the five-star freshman said he added 15 pounds of muscle.

You can tell. Hunter and Sanders got back on the field earlier this week, and not only did the former No. 1 recruit flex his bulkier build, he also showed off his skills as a quarterback— throwing back to Deion Sanders’ star quarterback son. Maybe Coach Prime should dial up a trick play?

The difference between 6-foot-1, 165 and 6-foot-1, 180 is rather significant. If Hunter can continue to pack on the pounds and get up to the 190-pound range, he is going to be an even bigger bully on both sides of the ball.