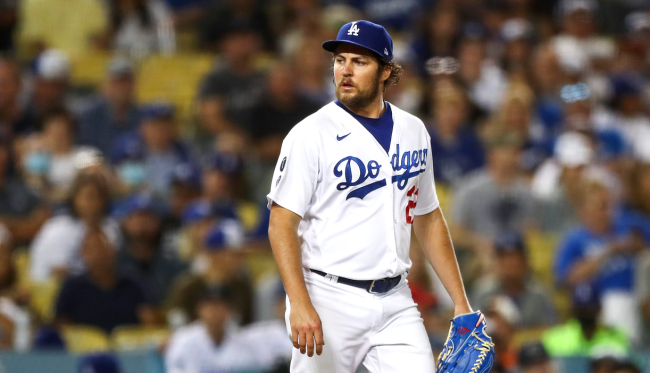 Former Angels communication director Eric Kay was accused of providing Skaggs with the opioids that led to his overdose death.

During his testimony, Harvey admitted sharing opioids with Skaggs and using cocaine recreationally. Harvey also admitted using illegal drugs while in the clubhouse and in the dugout at Angel Stadium.

Kay was eventually found guilty on two charges related to the death of Tyler Skaggs. Harvey was given immunity for his testimony.

On Tuesday, Matt Harvey was suspended for 60 games by Major League Baseball for distributing a prohibited drug of abuse.

“Harvey’s suspension comes after he admitted that he provided drugs to late Angels pitcher Tyler Skaggs. That revelation came during the trial of Eric Kay, a former Angels employee who was convicted in February of giving Skaggs the oxycodone that led to his death.”

“We support all aspects of MLB’s Joint Drug Prevention and Treatment Program and their ruling in this particular case,” Orioles executive vice president and general manager Mike Elias said in a statement. “I am glad that Matt now has the opportunity to put this part of his past behind him and pursue another shot with our organization after serving his suspension.”

Harvey’s suspension is retroactive to April 29. After 60 games he will be allowed to rejoin the Baltimore Orioles.

Following the announcement about Harvey’s suspension, Dodgers pitcher Trevor Bauer took to social media to question the punishment given to Harvey when compared to his own 324 game suspension.

“Matt Harvey admitted under oath in federal court to distributing drugs — a felony in CA — among other illegal activities like taking drugs himself, in a case where a teammate died. ’60 games’,” Bauer tweeted.

Matt Harvey admitted under oath in federal court to distributing drugs — a felony in CA — among other illegal activities like taking drugs himself, in a case where a teammate died. “60 games”. https://t.co/TKgeB2lW0g

In some ways, Trevor Bauer does have a point. Harvey admitted to committing more than one felony, while Bauer was cleared of criminal charges and is suing his accuser for defamation.

Response by baseball fans to Bauer’s statement, as always when it comes anything he says or does, were a mixed bag.

Someone died and another guy's career is ruined by a drug addiction and Trevor is behind the keyboard thinking "how can I make this about me?"

Can you read? MAJOR LEAGUE BASEBALL’S JOINT DRUG PREVENTION AND TREATMENT PROGRAM explicitly defines the punishment, which is what he received. Btw, just cause someone else does something stupid doesn't mean you get a free pass. Not a winning argument. https://t.co/3hmEbgcWtE

Unlike you, Matt Harvey admitted to the charges against him, has shown remorse for his actions and was therefore given leniency by the Commissioner. You could have settled for a much lesser suspension.