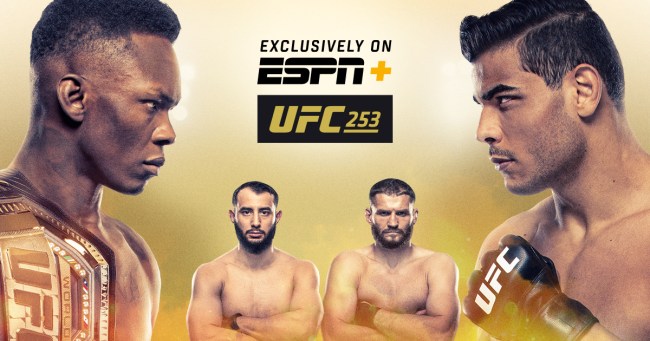 Tonight, the UFC returns to Fight Island for tonight’s UFC 253 stream. At the very top of the card, fight fans get a battle of two undefeated UFC middleweights – Israel Adesanya vs. Paulo Costa.

Adesanya’s career has blossomed after winning the middleweight belt; Costa, meanwhile, has been sidelined due to injury. That’s what makes tonight’s PPV match-up between these two cage fighters so compelling – As our own Dan Shapiro puts it, “The Eraser” may just, well, erase Adesanya’s title run at UFC 253 with the use of his sheer power, size, and durability.

Below, our guide for how to watch the UFC 253 stream online:

It’s easy to sign up for an ESPN+ account so you can watch the UFC 253 live stream. After you buy the fight on your phone or computer via ESPN+, you can watch UFC 253 on your smart TV via a number of different ways. More on that below.

It’s very easy to sign-up AND buy tonight’s UFC 253 fight. This bundle package includes a one-year subscription to ESPN+ and UFC 253 (valued at $64.99) for only $84.98. That’s 25% off the regular price for both, so it’s a great deal if you’re not already subscribed to ESPN+ (…and if you’re wondering what is ESPN Plus, here are those details).

You can watch the UFC 253 prelims live on ESPN+. 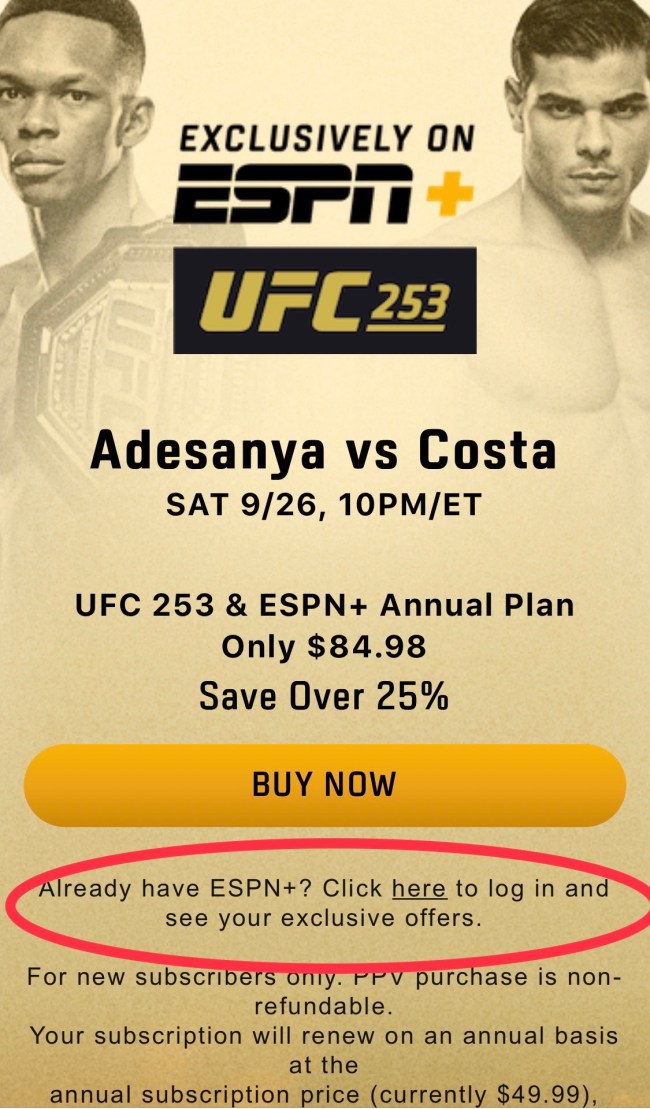 How to watch the UFC 253 stream at home:

Now that you have ESPN Plus and you bought the UFC 253 stream, it’s time to tune-in. Here’s how you watch UFC 253 on a number of devices, including the following: