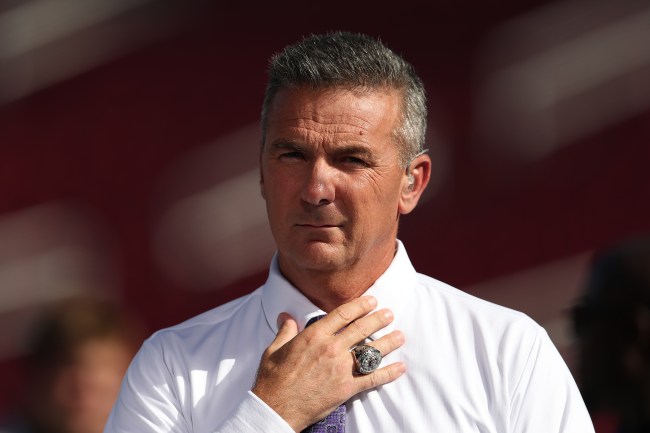 Rumors have been swirling for quite some time about the possibility of Urban Meyer taking an NFL job. While the Cowboys have been most heavily linked with Meyer there is another team in turmoil that has emerged as a rumored candidate, the Browns.

In fact, according to CBS Sports, Cleveland could be Meyer’s ‘best chance’ at returning to coaching and landing and NFL gig.

The biggest factor in that equation is whether or not Cleveland decides to part ways with first-year head coach Freddie Kitchens, but if the Browns do decide to do so, Meyer could be the man to replace him thanks to the relationship Meyer and Browns owner Jimmy Haslam have.

“Jimmy Haslam is as close to Urban Meyer as he is with the Mannings,” said one source with direct knowledge of the situation, noting Haslam’s ties to Peyton Manning and his family as a huge University of Tennessee booster.

Jimmy Haslam has a very strong bond with Meyer, the sources said, and the two have long been confidants. Meyer has often shared inside information on his Ohio State players with the owner in the past — with the owner privileged to player reports and potential red flags that most if not all teams close to that program were not aware of.

Kitchens has led the Browns to their 12th straight losing season as the team is a disappointing 6-9 this season. To say things have been rocky in Cleveland this statement would be a major understatement. From players reportedly asking other teams to ‘come get me‘ and Baker Mayfield not backing Kitchens when asked about his future, this Cleveland team has been a complete mess.

Meyer, who retired from coaching for a second time following the 2018 season, taking over in Cleveland does make sense, at least on paper.

The 55-year-old is more of a no-nonsense type of head coach that could have a good opportunity to change the culture in Cleveland, which is something that has needed to happen for over a decade.

The rumor mill surrounding Meyer is moving fast, but it will hit new speeds if, or when, the Cowboys decide to part ways with Jason Garrett and if Cleveland makes a change as well.