Urban Meyer’s Daughters Fire Back At Media, Fans Who Are Trying To ‘Shatter His Legacy’ 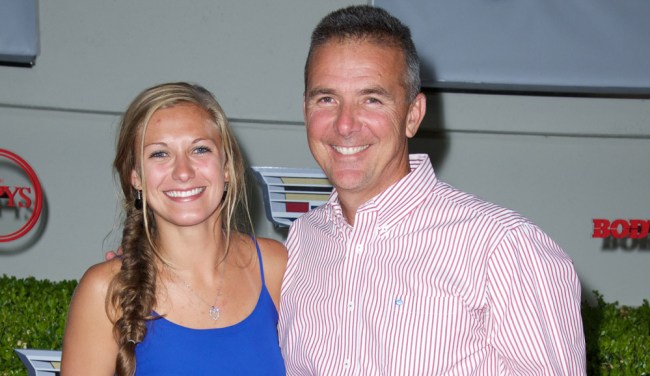 In a move that surprised many, embattled Ohio State head coach Urban Meyer announced that he would be retiring from coaching following the Buckeyes appearance in the Rose Bowl.

This announcement comes on the heels of Meyer being suspended for three games at the start of the season after a scandal involving one of his former coaches, Zach Smith, was made public – a scandal that still hadn’t died down a good two months after Meyer returned from said suspension.

In addition to the media and fans, former Florida and Ohio State players also piled on Meyer throughout the season.

Now, with Meyer announcing his retirement, his daughters Nicki and Gigi (pictured above and who we last saw in a very odd football video) are going to bat for their dad on social media – something they also did back in August of this year.

Nicki Meyer, Gigi’s older sister, retweeted the statement as well as a few stories about her dad from former and current players.

Stories like this one from former Ohio State linebacker Darron Lee (2013-15) on retiring Buckeyes head coach Urban Meyer are a part of what makes college football so great. pic.twitter.com/dkmOJjoNRF

@spinnershells @Nicki_07 buckeye nation everybody get this shirt to show our love and appreciation for @OSUCoachMeyer thank you very much for everything urban shelly nicki gigi and nateThank you Urban Meyer
Found it here : https://t.co/JzQqB7xNo5 pic.twitter.com/I6c9KOLRzw

What a run! So incredibly proud. Welcoming our daddy and Buddy back to us full time with open arms. pic.twitter.com/8wbjZTGf2g

Can’t really blame them for defending their dad, but, the evidence against him, at least that the public has seen, has been pretty damning.

Meyer will leave Ohio State with a winning percentage right around 90 percent (he’s currently 82-9, .901). Whether it stays that way is yet to be seen.