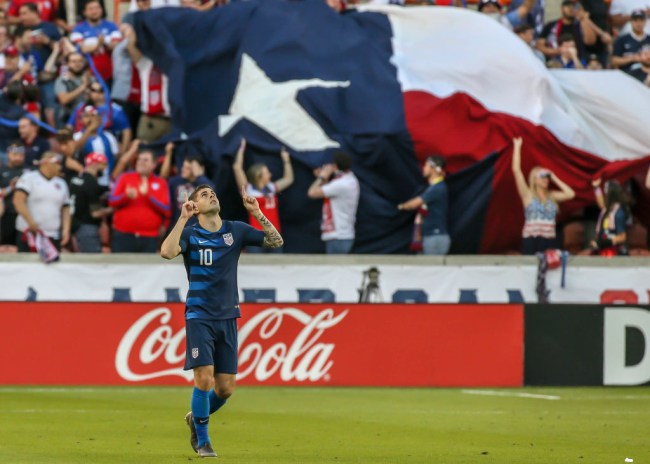 As Planet Earth continues to reckon with the death of George Floyd and the centuries of systemic racism that have led us to this nightmarish place, industries all over the world have begun trying to figure out how they can adapt to become more progressive leaders in their space.

Take the NFL, for example: years after blackballing Colin Kaepernick for his peaceful protesting of police brutality, the league released a video on Friday admitting that they were wrong for silencing their players. As a result, you can bet your ass — no matter how much it might perturb Donald Trump — that upcoming NFL season will be filled with peaceful protesting.

The NFL isn’t the only American sports league re-evaluating their position, though, as reports indicate that the United States Soccer Federation will be reviewing their national anthem policy in the coming days, with the USSF Board of Directors holding a conference call about the issue on Tuesday before deciding through a vote on Friday.

Sources tell me that the USSF Board of Directors will hold a meeting on Tuesday to discuss the possible repeal of its policy requiring players to stand for the national anthem. Story to follow. #usmnt #uswnt #USSF

Yahoo Sports reports that “if successful, the change would go into effect immediately, however, it would not be permanently adopted until U.S. Soccer’s full membership — which overwhelmingly approved it three years ago — voted at the annual general meeting early next year.”

Despite the lack of American influence in the sport, the soccer world has been as outspoken as any athletic industry in recent weeks, as protests over racial injustice have popped up all across the globe.