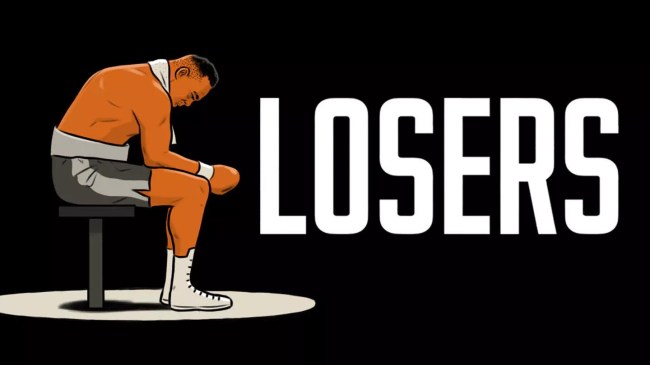 Having watched over 100 documentaries over the past year or so I have taken it upon myself to share some recommendations. And even if you don’t like the doc I am reviewing this week, I always include a few more at the bottom. Out of all of those I promise there will be at least one that you will love.

Among the previous recommendations that have been shared are the long-unsolved murder of one of rap’s legendary figures, a shocking tale of weed, murder, disappearances, and outlaws, the story of the craziest, and deadliest auto race in the world, and a true crime documentary adapted from best-selling author John Grisham’s only nonfiction book.

This week we’re taking a look at another fascinating documentary called Losers, available now on Netflix.

“We live in a winner take all society where losing is laughed off, dismissed and shamed. But what do we miss when we turn our back on the lessons that failure gives us?”

That’s how Netflix describes its documentary series Losers which takes a look at athletes who “have turned the agony of defeat into human triumph.”

Boxer Michael Bentt became a world champion, but he was forced into the sport by an abusive father. A loss helped him find his true path in life.

Surya Bonaly was one of the best figure skaters in the world. Being black in a very white sport, however, made her goals even harder to achieve – so she sent the skating establishment a not-so-subtle message.

Playground hoops legend Jack Ryan could have become a professional basketball player, but he couldn’t get out of his own way. In the end, he still found joy in the sport.

Golfer Jean van de Velde had one of the most epic collapses in PGA history at the 1999 Open Championship, and yet he still somehow found positives in his failure.

Those are just four of the eight inspirational stories told in Losers.

“I do think there’s this pervasive ruthlessness in terms of how we look at winning and losing and this is something we see in the news constantly, in politics and business and even this college admissions scandal — people will do anything to win and are afraid of losing and afraid of the shame of not being No. 1 in something,” Losers creator Mickey Duzyj said in an interview with For the Win. “I think there’s something really corrosive about that and these stories are meant to show if you try your best and it doesn’t work out, if you gave it your all and you keep your head up and you don’t give up you can have the courage to understand that you don’t have to be on an endless winning streak throughout your life. Failing is ok, too.”

“Those stories (about losing) don’t seem to be told as much as I feel like they could be,” said Duzyj. “We always say these things like we learn more from our loses than we do from our victories and that doesn’t always play out in the stories that we tell, even in a genre as popular as sports documentaries. So I saw there being an opportunity.”

He was not wrong.

Too Young To Die Netflix