Paul Bissonnette Praises Wayne Gretzky’s Ability To ‘Crush Beers’ Until 5 A.M. Like The Legend He Is 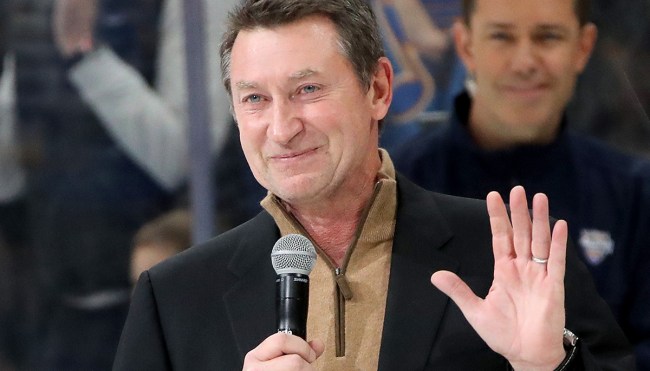 There really isn’t much to say about Wayne Gretzky that can’t be summed up by the nickname he earned during a legendary NHL career, as the man known as “The Great One” was a four-time Stanley Cup champion who played in the All-Star Game 18 times over the course of his legendary 20-year NHL career.

When his time in the league came to an end in 1999, Gretzky’s name sat at the top of more than 60 categories in the NHL record book. Only two of those have been broken in the more than 20 years that have passed since his retirement, and it’s unlikely anyone will ever be able to surpass many of the numbers posted by the undisputed G.O.A.T.

It’s safe to say Gretzky has faced a bit more adversity in retirement than he did during his time as a player, as he posted a 143-161 record during his four seasons as the head coach of the Coyotes and could only do so much to help reverse the fortunes of the Oilers during the five years he spent as a member of the front office.

However, it would appear Gretzky has finally managed to find his footing after deciding to give broadcasting a shot, as he’s more than managed to hold his own as an analyst on the NHL on TNT this season (including his A+ nod to Michael Scott).

Gretzky has frequently shared the broadcast with Paul Bissonnette, who talked about what it’s been like to work with the hockey icon during a recent appearance on The Pat McAfee Show and cemented his 61-year-old colleague’s legendary status by revealing one of the ways he likes to decompress after the cameras turn off.

"Working with Wayne Gretzky is a dream come true.. he's everything I expected & more" ~@BizNasty2point0#PMSLive pic.twitter.com/0CmhQklZ0i

“After these broadcasts, some nights, we’ll go to Wayne’s room until like four or five in the morning. This guy is the biggest guy’s guy.

We’ll crush beers, he’ll tell me all these iconic stories and backstories. Buddy, it’s a dream come true. That alone is incentive enough for me to fly out once or twice a week and do this gig.”

Just guys being dudes. What’s better than that?