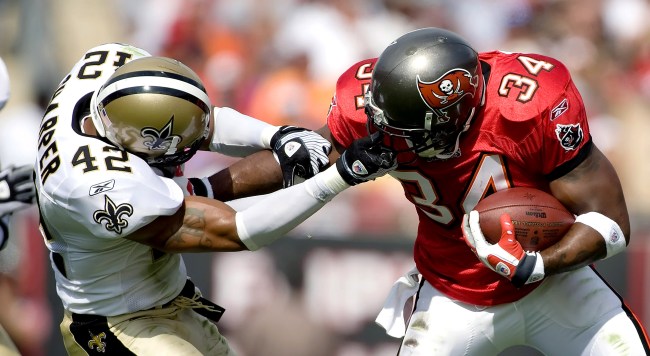 An updated look at what the face shields the NFL will be asking players to wear during games has been released and you will not believe this, but not everyone is happy about it.

But we already knew that was going to happen, didn’t we?

Two weeks ago Houston Texans star J.J. Watt said if he was forced to wear a protective face shield he might just sit out the 2020 NFL season.

“If that comes into play, I don’t think you’re gonna see me on the field,” said Watt.

A couple of days later, Oakley and the NFL released a look at what the proposed facemask mouth shield they were testing out and what it might look like.

The NFL has unveiled a mouth shield to combat the coronavirus.

Currently, there is no mandate to wear the new product, but the NFL's medical experts are advocating for the use of the protective equipment. https://t.co/WFM1b5jnRd

On Thursday, yet another look at the proposed Oakley Mouth Shield (is that really what we’re calling it?) was released to the media.

According to NFL Network reporter Mike Garafolo, “The expectation is they will be recommended but NOT required for players, a source informed of talks between the NFL and NFLPA says. The league had been pushing for them to be worn by all.”

Update on the face shields the NFL developed with Oakley to prevent the spread of Covid: The expectation is they will be recommended but NOT required for players, a source informed of talks between the NFL and NFLPA says. The league had been pushing for them to be worn by all. pic.twitter.com/ikar8AmEF0

All 32 clubs will have them on hand for players to test when they report to camp. But again, the expectation is they won’t be required. Meanwhile, the league and Oakley are already working on version 2.0.

I suppose it’s only fair that the players should be wearing these contraptions on their facemasks since the NFL already announced all fans who attend games this season will have to wear protective masks.

Of course, the reaction to the NFL’s proposed mouth shields went over about as well with fans as the announcement about them having to wear masks while sitting in the stands.

“Not required” ...what’s the point then lol, no ones gonna wear it

I wonder how many players will be passing out from lack of oxygen.

Imagine this at mile high

so how would these be utilized effectively? don't guys on the sideline take their helmets off?

Eh… my guess is that this protective measure will work out about as well as the NBA’s pointless “timeout chairs.”

But will this be in the new Madden?