Which States Are The Best At The Four Major Sports? This Highly Detailed Chart Has The Answer 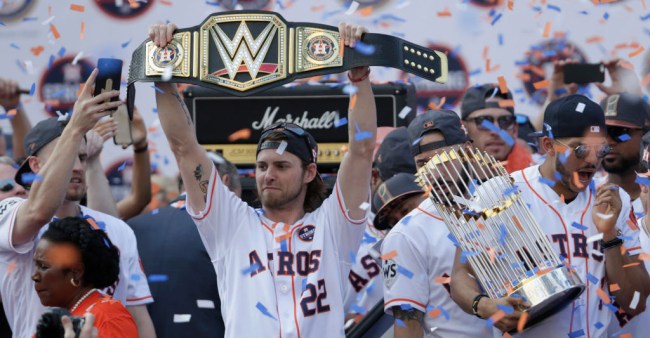 Ever wondered which states have won the most championships in the four major sports combined? Even if you haven’t, here’s your answer and then some in the form of a fascinating, very detailed graphic put together just in time for Super Bowl LII by PlayUSA.

Since the New England Patriots and Philadelphia Eagles will be facing off on Sunday to determine this season’s NFL champion, there have been several ways people have tried to predict the outcome of the game.

And now, based on the history of these teams, using research into which states have had the most successful NFL team since the beginning of the Super Bowl Era in January 1967, here’s yet another Super Bowl LII prediction for you to consider.

— Fourteen years ago, the Eagles faced the same adversary, the New England Patriots in Super Bowl XXXIX and narrowly lost the game 24 to 21.

— Based on the history of both current Super Bowl teams, the research predicts that the New England Patriots, with five previous Super Bowl wins to their name including last year’s trophy, will take this year’s title.

— While they’re the home of the Eagles, past Super Bowl wins have come from the neighboring team the Pittsburgh Steelers. In fact, with six Super Bowl wins, the Steelers have the most of any NFL team. The Eagles, who have appeared and been defeated in two previous Super Bowls, have yet to enter the state trophy cabinet. Perhaps this is their year?

Here are a few more Super Bowl stats by state…

— California has taken home the most trophies, California owes its nine Super Bowl wins to the San Francisco 49ers (5), the Oakland Raiders (3) and the Los Angeles Raiders (1).

Now, as for which states are the most dominant in winning championships overall in the four major sports, PlayUSA crunched the numbers and created the graphic you see below which lists any state that has won at least one title across the NFL, NBA, MLB or NHL since their championships began.

A comparison between the coasts also brings about an interesting result. The East Coast takes a landslide victory against the West, with 138 wins across five states, compared to the West’s 39 gained only in the above mentioned California.

However, a survey revealed that sports fans in the West were more likely to support a team from their state with 73% keeping their sporting loyalties close to home. While fans from the East were more likely to remain loyal to their teams than their Western counterparts, with 51% claiming they would never change which team they supported, even if drastic changes were made such as the team moving state, versus 45% of those from the West.

They also learned through their survey that 22% of men also follow Major League Soccer, although only 10% of women do the same. Another contender for fandom is college level sport, as 41% prefer watching this compared to the Big Four. In the Southeast, this stat is even higher at 52% compared to 33% of Northeastern respondents. However, when analyzing the results by league, 72% of NFL fans from the Southeast favored the pros over college.

Check the full results of PLAYUSA’s study below to see which states are the most successful in sports.

METHODOLOGY
They researched the winners from the big four major national US sports leagues since each competition began, then divided the winning teams by their state of origin. For the ranking, we used a weighted index in which each state was assigned a score for each metric out of ten. These scores have then been combined into an average, which was used to provide a final ranking of each state’s performance as compared with other states.