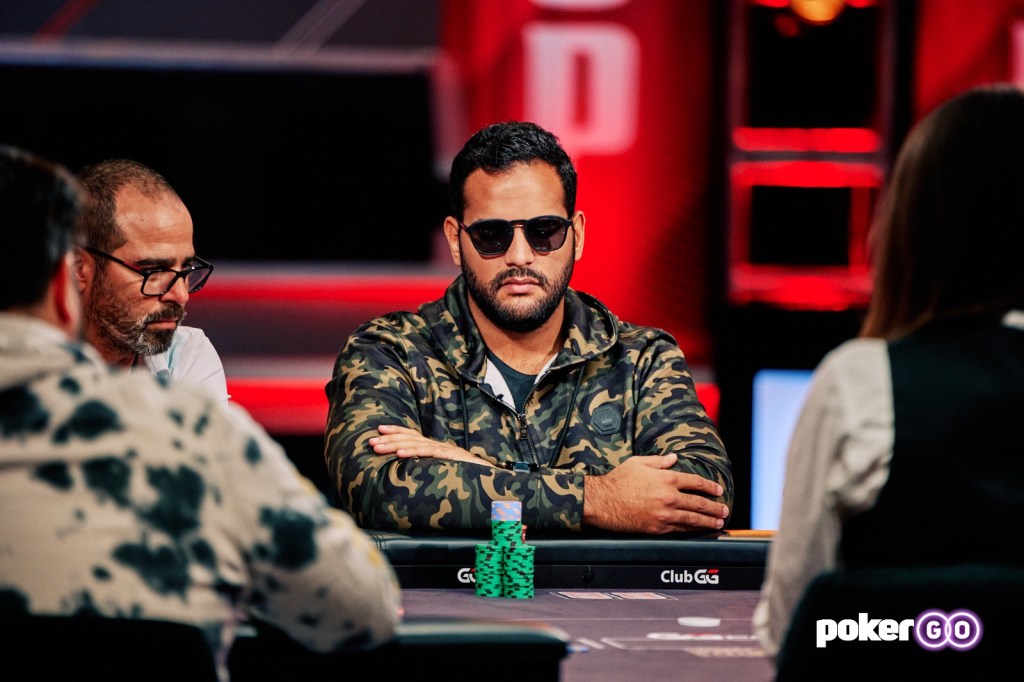 The WSOP Main Event is slowly winding down towards the final table. Day 6 of the World Series of Poker $10,000 MAIN EVENT No-Limit Hold’em World Championship played until there were just 35 players remaining.

Two players from the 2021 WSOP Main Event Final Table busted on Day 6. 2021’s 7th place finisher Alejandro Lococo busted in 39th place for $214,200 and the 2021 Main Event winner Koray Aldemir busted in 75th place for $101,700. It’s absolutely wild those two players who were at last year’s final table were able to navigate the WSOP Main Event field of 8,663 and make it to the last 75 players again this year.

There have been some wild hands in the Main Event as the field narrowed down. The current chip leader, Jeffrey Farnes (37,825,000 in chips), picked up quad nines on Day 6. Someone else hit a straight flush on day 6. But this hand below of the 3-way all-in is one of the craziest hands of the day.

I had absolutely no idea where this was headed from start to finish, the only thing I knew for sure is someone was going broke on this hand. Cruz picked up AsAd, Haim Or Krief picked up QsQh, and then short-stacked Stanley Lee looks down to find JsJd.

The AsAd has the other two dominated pre-flop by blocking spades and diamonds which each of the other players held in their hands. But things proceeded to get wild. Check it out via PokerGo‘s video:

ICYMI: Check out this wild hand from Day 6 of the Main Event with less than 100 players remaining.

Stanley Lee has jacks and moves all in over a raise and three-bet but Haim Or Krief has queens and Gilbert Cruz has aces, creating a massive pot! pic.twitter.com/FKjgEFsBTX

How did that hand win???? That’s just Poker.

If a non-hearts Jack or a 9 came on the river the Jacks would’ve won. The Aces were still the winning hand until the river but the Queens had the only heart and boom, the River brought out the Ace of Hearts which completed the flush for Haim Or Krief.

Day 7 of the WSOP Main Event Begins on Wednesday

It’s been a LONG haul for these players. The 8,663 field is the second largest in WSOP Main Event history. That required four starting days (days 1a, 1b, 1c, and 1d) followed by two Day 2’s. The actual even started on July 3rd, a full 10 days ago.

The remaining 35 players in the Main Event will now play down to the final 9, aka the Final Table. They’ll then get a day off tomorrow (Day 8) and play will resume on Friday with the 9 players playing down to 4. On Saturday, those final 4 players will play down to a winner who will walk away with a $10 million stack of cash (or a check, most likely a check).