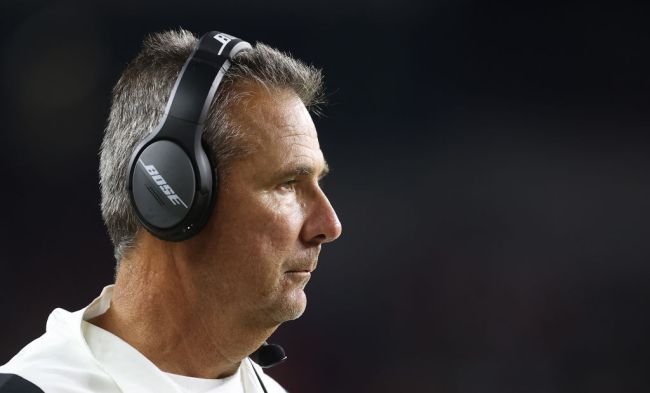 The focus has of course been on Urban Meyer in regards to the viral video of him awkwardly sitting on a barstool and getting danced on by a woman that’s not his wife, and rightfully so. But what about the woman in the video, how have things been for her since she and the Jaguars’ head coach became headline news across the country?

According to the woman’s mom, it’s been tough, very tough.

While it’s understandably been difficult for her daughter both online and in public, her daughter could possibly lose her job over this as well.

According to the report, New Horizon Media Group, a marketing company the woman works for, is conducting an internal investigation into the incident. The woman’s mother is hopeful that Alex Cruz, the owner of the media group, doesn’t fire her daughter.

“I just pray that Alex doesn’t fire my daughter because she needs this job,” the mother said. “She just bought a house.”

Cruz is worried about what sort of impact the video may have on the company.

“We’ve had no prior issues with her whatsoever. She’s been a very solid asset to the company. We’re going to undertake our internal investigation to determine what, if any, impact this has on the company and we’ll proceed accordingly.”

Meyer has apologized to both his team and family about the incident. Since then, his wife has quit Twitter while his daughter, Gigi, has publicly spoken out about the situation as well.