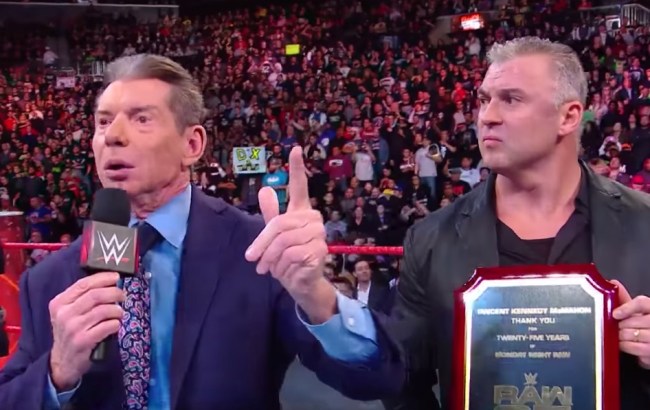 The WWE celebrated 25 years of Monday Night Raw last night by parading out some of the biggest stars of the last few decades.

The show predictably kicked off with Stephanie and Shane McMahon congratulating patriarch Vince on 25 years of television and success and the Chairman of the WWE took no time falling back into his “Mr. McMahon” persona.

…then glass shattered and all hell broke loose.

It’s amazing how one sound can transport millions of people back to the year 1997.

Other highlights of the Raw 25th Anniversary show include the return of The Undertaker, a decent match between The Miz and Roman Reigns, DX and Razor Ramon and Ron Simmons dropping one more “DAYUUM!” for old time’s sake.