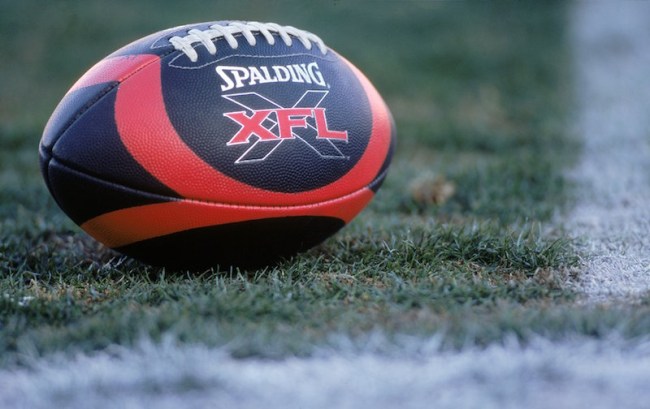 Last year, true freshman Tua Tagovailoa shocked the world when he entered the College Football Playoff National Championship in the second half and brought Alabama back from a 13-point deficit before securing the title with one of the clutchest touchdown passes you’ll ever see.

However, during this year’s championship, it was another rookie’s turn to steal the spotlight.

On Monday, true freshman Trevor Lawrence— who is basically Clemson’s version of Sunshine from Remember The Titans— led the Tigers to their second national championship in three years.

Lawrence was the top-ranked high school prospect in the country before he committed to Clemson last year and has more than lived up to expectations. His stock only got higher after he led the Tigers to this year’s title and NFL teams are already salivating about the prospect of having him on their roster.

I asked two NFL executives if Trevor Lawrence would be the No. 1 overall pick in the NFL draft, should he have had the option to declare? One said yes and the other said maybe. Lawrence is a very special talent.

Unfortunately, they (and we) will have to wait a while to see how Lawrence fares in the pros as he won’t be eligible for the draft until he finishes his junior season at Clemson.

NCAA rules state players can’t declare for the NFL draft until three years after they’ve graduated from high school, which means Lawrence won’t be able to take his talents to the NFL until 2021.

There are a couple of ways to look at the NCAA’s policy. If you’re cynical, it’s easy to think it’s only in place to squeeze as much revenue as possible out of unpaid players who might otherwise be able to compete on a pro level.

However, I assume the NCAA would say the policy is in place to encourage players to mature so they’re ready to play in the NFL— both mentally and physically.

You could also argue it’s beneficial for player safety, as there’s no telling what will happen when you put a 19-year-old in a position to get demolished by a 375-pound lineman ten years his senior. On the other hand, the NCAA isn’t really in a position to boast about protecting players when the policy essentially forces athletes to risk injury with every game (and put their future in jeopardy) without any real compensation.

However, the college football landscape could soon look noticeably different if the XFL has anything to say about it.

Last year, Vince McMahon announced he’d be reviving the defunct league with the intention of kicking things off in 2020. He seems to be making pretty good progress so far, as the XFL recently revealed which cities will host a team and is currently taking applications from prospective players and coaches.

It’s still unclear how the XFL plans to set itself apart from the NFL, but according to Pro Football Talk, it might be attempting to position itself as a transitional league for players who want to get paid while developing their game.

XFL commissioner Oliver Luck previously hinted the league won’t have the same eligibility policies as the NFL does, and on Tuesday, a spokesperson hinted it could be a haven for players looking for other options.

On Tuesday, an XFL spokesperson told PFT that, while “[t]he XFL’s player eligibility guidelines are in development,” the XFL is not restricted by the rules that exist in other professional football leagues.”

Of course, there’s one major factor to take into consideration here: the level of competition. The NCAA is the premier developmental league for young players and any defectors could be doing themselves a disservice to their value by playing against subpar opponents.

As a result, the XFL faces a major critical mass issue here, as they’d need a number of talented players to defect in order to become a viable competitor.

However, PFT previously reported top-tier players could make upwards of $350,000 a season in the XFL, which pales in comparison to your typical NFL contract but is more than the zero dollars NCAA athletes currently receive.

We’ll have to wait a bit to see how things pan out but let’s hope this goes better for McMahon and the XFL than it’s gone for LaVar Ball and the JBA.