Is It Ever OK To Discuss Drug Use At Work, Even In States Where Weed Is Legal? 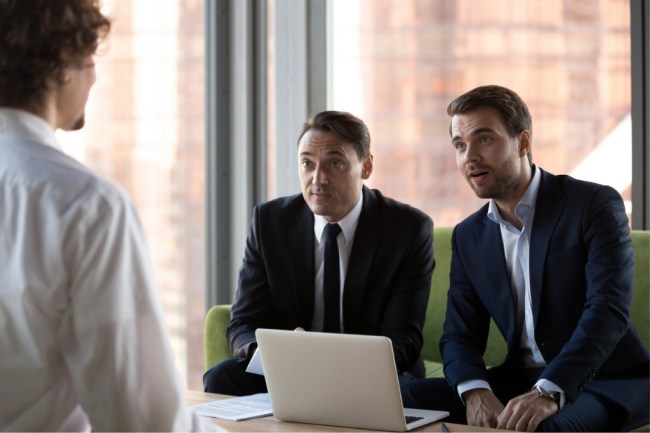 Now that marijuana legalization is starting to take hold in parts of the United States, a lot more people are relaxed when it comes to admitting they smoke weed.

This is mostly a good thing. In the grand scheme of trying to get the cannabis plant legalized at the national level, it helps that millions of people across the country are not afraid to pledge their allegiance to the leaf.

But just because 11 states now have laws on the books that allow the stoner community to purchase weed like beer, admitting to being a part of this scene, especially in the wrong crowd, could bring about unwanted drama.

We only mention it because some of you like to brag about your drug use at work. And that‘s probably not the smartest move, according to a recent article from Yahoo Finance.

Look, we get it. For some people, work is the only community they have outside a small group of lame ass, fair-weather friends.

So it is natural for us to think of our coworkers as buddies – you know, a group of cool fuckers that will listen to our problems when the shit hits the fan and maybe even grab a beer with us at the end of the day.

Let us just say that confiding in a coworker is perfectly acceptable in certain situations.

You might think you can trust your coworkers, but on the subject of drugs, career experts say it is best to just keep your mouth shut.

“I would include drug use in a list of topics like religion, politics, and romantic relationships,” said Caroline Cenzia-Levine with the career coaching firm SixFigureStart. “Just steer clear because the downside greatly outweighs the upside.”

But the thing is, most of us are not keeping our drug use a secret.

A recent study from Serenity At Summit finds that 80 percent of Americans have talked about their drug-addled ways with a coworker. We do this without considering that being open about the substances we smoke, snort and shoot might be damaging to our professional reputation (that is if you had one, to begin with).

The report finds that 17 percent of men that admitted to discussing their drug use with a coworker ended up getting fired.

This lousy deal is even worse for women. Thirty-two percent reportedly lost their jobs after sharing their admiration for feel-good substances.

Although some people might be excited to learn about how you ate a cannabis edible with 100 mg of THC in one sitting and ended up going through the Taco Bell drive-thru in reverse, others may not be so eager to hear it.

It is essential to read the room before spilling your guts about controversial subjects. If you don’t, rest assured someone will be running to nark you out to the higher-ups.

We’re going to shoot straight with you right here and now. There is perhaps only one kind of person more despicable than a snitch whose diarrhea of the mouth gets someone jammed up in the criminal justice system and even sent off to prison.

And that is a brown-nosing bitch boy that feeds his supervisor confidential information about coworkers and puts them at risk of getting shit-canned.

Anyone so conniving and petty as to yank the food off the table of others because of their own insecurities and dickhead ways should be flogged about the genitals with a cat of nine tails.

On the flipside, it is wise just to accept that there are these miserable bastards out there just waiting for an opportunity to get you fired. So keep that in mind before sharing your drug stories at work.