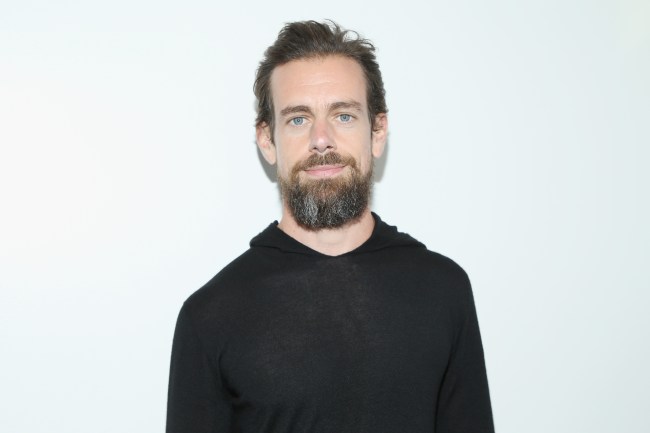 Everything about Twitter CEO Jack Dorsey is extreme. You don’t amass a net worth of $5.3 billion by waking up at 10 and digging into the leftovers from the night before. The 42-year-old NYU dropout made an appearance on the Ben Greenfield Fitness: Diet, Fat Loss and Performance podcast and revealed the habits he instills to be sharp enough to run one of the most powerful companies on the planet.

The Twitter and Square co-founder says he needs to be “performant” and “clear” to successfully run two companies.

Here are the habits he swears by.

With the exception of Tuesdays and Thursdays when Dorsey works from home, the Twitter CEO walks five miles to Twitter HQ, rain or shine, every day.

“I might look a little bit more like I’m jogging than I’m walking,” Dorsey says. “It’s refreshing … It’s just this one of those take-back moments where you’re like, ‘Wow, I’m alive!’”

My daily 5 mile walk to work. Been doing this for 2 years now. Usually get it done in 1h15m, but was feeling tired this morning. pic.twitter.com/PIrYV51iHz

When Dorsey doesn’t walk to work, he bangs out high-intensity interval workouts on the stationary bike– “I don’t have a personal trainer. I don’t go to a gym,” he told Greenfield.

Dorsey claims that meditating has the “biggest impact” on his mental health, which is why he does it twice a day and has been practicing it for 20 years. Dorsey aims to meditates one hour in the morning and another hour at night.

I did my meditation at Dhamma Mahimã in Pyin Oo Lwin. This is my room. Basic. During the 10 days: no devices, reading, writing, physical excercise, music, intoxicants, meat, talking, or even eye contact with others. It’s free: everything is given to meditators by charity. pic.twitter.com/OhJqXKInD3

Each day. Dorsey sits in his 220-degree barrel sauna for 15 minutes, then dips into a 37-degree ice bath for three minutes. He repeats this process three times.

He says starting his day with an ice bath unlocked a super power.

‘Nothing has given me more mental confidence than being able to go straight from room temperature into the cold. Especially in the morning, going into an ice-cold tub from just being warm in bed is — it just unlocks this thing in my mind and I feel like if I can will myself to do that thing that seems so small but hurts so much, I can do nearly anything.’

Dorsey switched from a Clearlight sauna barrel to a portable infrared SaunaSpace tent which is believed to heat the body from the inside out, causing one to sweat more in lower temperatures, and in turn, releasing more toxins.
Dorsey also says he has a single near-infrared bulb near the standing desk in his home office, which is said to promote cellular regeneration and anti-aging.
Supplements
“The only supplements I take are daily multivitamin and vitamin C, a lot of vitamin C,” Dorsey said. He said he takes the supplements at dinnertime and he first heard about the idea on a Wim Hof podcast two years ago..
Fasting
https://twitter.com/jack/status/1089261299073048581
Dorsey only eats one meal per weekday, between 6:30 p.m. and 9 p.m. He eats a meal of fish, chicken, or steak with a salad, spinach, asparagus or Brussels sprouts. He has mixed berries or some dark chocolate for dessert and sometimes treats himself with a glass of red wine.

“During the day, I feel so much more focused. … You have this very focused point of mind in terms of this drive,” Dorsey says. And ”[c]ertainly, the time back from breakfast and lunch allowed me to focus more on what my day is,” he says.

“I can go to bed and actually knock out in 10 minutes, if not sooner than that. It really changed how quickly I felt asleep and more so how deep I felt I was sleeping.”

As if eating just one meal per weekday isn’t extreme enough, Dorsey turns it up a notch on the weekend.

“The first time I did it, like day three, I felt like I was hallucinating. It was a weird state to be in. But as I did it the next two times, it just became so apparent to me how much of our days are centered around meals and how — the experience I had was when I was fasting for much longer, how time really slowed down.”

Shit, I need to make some serious life changes.