Millennials Are Quitting Jobs In Historic Numbers Without A Backup Plan 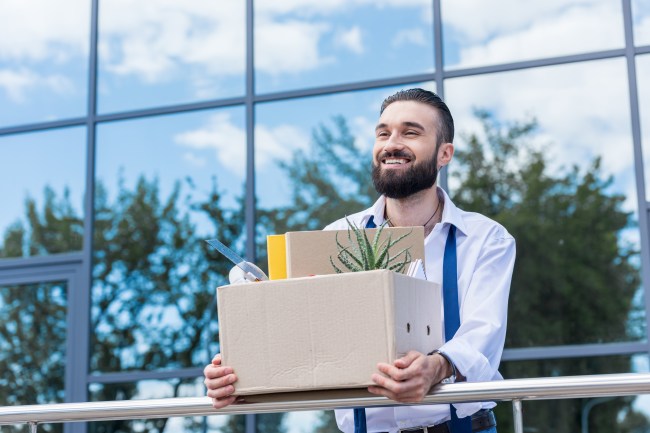 The idea of throwing on a suit and tie and commuting to your office every Monday through Friday is becoming less prevalent. Droves of young people are trading in the cubicle life to sit in a Starbucks for eight hours a day. According to the Wall Street Journal nearly 3.4 million people in the US chose to give their boss their two-week notice in April of 2018.

The gig economy is becoming a more sought-after way for people to make money–since 2014, the U.S. workforce has grown by about 2.6 percent each year, compared to the 8.1 percent growth produced by the freelance workforce, FitSmallBusiness reports.

A new survey by Deloitte of 10,000 millennials indicates that many young people are quitting their jobs, without worrying about what they’ll do next.

According to a 2018 Millennial Survey by Deloitte, 43 percent of millennials expect to leave their job within two years. The trend is in line with broader shifts. According to the Labor Department, the percentage of workers (of any age) quitting their jobs reached 2.4 percent in May, the highest level in more than 16 years.

“Twenty years ago I never would have seen this,” says Cat Graham, a managing partner in a human resources advisory firm who has 20 years of experience in HR. “The job market is so hot right now — unemployment is at a record low, and the war for talent is hotter than ever. There are more jobs than there are qualified candidates.”

You really can’t blame millennials–when we see Instagram models making bank by dressing in a bikini and holding up herbal tea, its hard to finish up those TPS reports.