50 Cent Hilariously Chides His Girlfriend For Posting Thirst Trap Photo: ‘Send This Sh*t To My Phone Not To Instagram’ 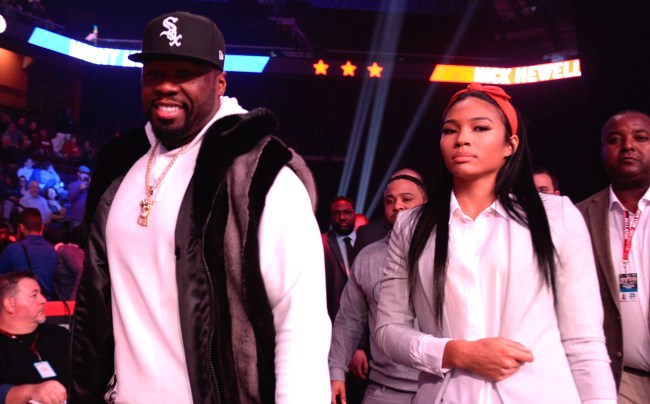 No one is off limits.

Not even his girlfriend Cuban Link apparently.

On Thursday, Link posted a video to social media showing off how proud she was of the results her workout efforts with the caption, “i kilt the gym today .. or maybe the gym kilt me 🥴.. but ether way i won ! 💪🏽🥵 #laundrydaydontmindthebed.”

Numerous people complimented her on her physique, saying she’d inspired them to get back at it, and asking what her secret is.

However, Link and 50 Cent have been dating since last summer so she probably knows better than anyone that Fif has no problem airing his grievances in public.

Which is exactly he did when he saw her video online, frustratingly commenting, “I just landed, now why you gotta be doing sh*t like this. You send this sh*t to my phone, not to instagram, what the f**k?” 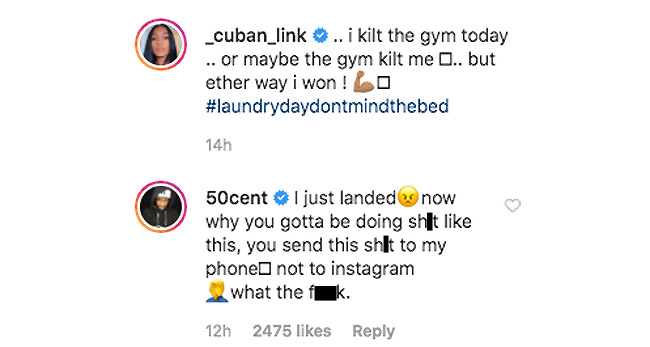