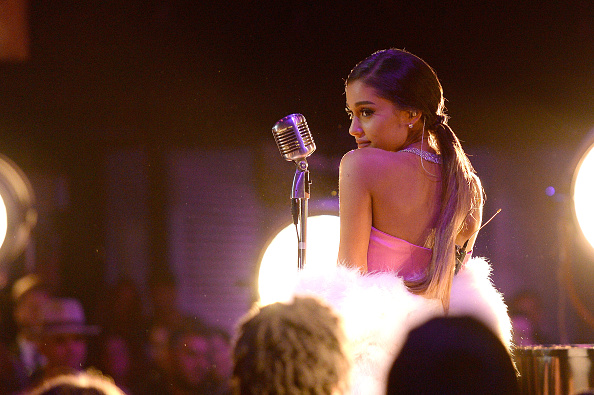 Did you ever go to Cancun on vacation and visit the Señor Frog’s restaurant and bar with your friends? The pretty waitress is pouring some tequila (that came from a sketchy plastic bottle that doesn’t have a label on it) down your throat as the rest splashes down your chest like they need to get rid of the alcohol because it expires in a few hours. After six more shots of the tequila that tastes like rubbing alcohol with a hint of agave, you leave the bar with an attractive woman.

You are both flirting, holding hands, giving each other cutesy kisses on the neck. You go to whisper a romantic compliment into the beautiful girl’s ear. You lean over. You suddenly become warm with anticipation. Open your mouth. You puke right in this poor, poor girl’s ear. You barf a chunky stream of cheap tequila and half-digested barbacoa tacos and spicy queso on the girl’s face and white sun dress. She screams and knees you right in the groin, which prompts another river of thick orangish vomit to exit your body. You get yourself together despite being covered in your own bile that is still dripping down your chin.

You finally make it to your “value” hotel room and thankfully your friends left the door unlocked because you don’t have a key. You crawl into bed and finally try to sleep off the miserable night. Only 45 minutes later, the lights flick on with the brightness of 1,000 suns and gives you an instant migraine. You hear high heels clack against the linoleum floor followed by giggling. You assume your bro made a friend at the bar and they are going to enjoy a nightcap. The bedroom door opens… a woman screams with the ear-piercing shriek that would shatter windows. It turns out that you went to the wrong hotel room. The next thing you know, a muscular man is grabbing you by your soiled polo shirt and tosses you out of the room. You land half on bricks and half in a bush. You dust yourself off, wipe the blood off your left cheek from your new bruise, and bumble around. You realize that not only were you weren’t at the right hotel room, but you even weren’t at the right hotel.

You stammer off and make it approximately three blocks before a heavy blanket of exhaustion weighs you down. The soul-crushing hangover has zapped your energy, motivation, and common sense. You become so tired that you walk into a back alley in the Mexican tourist area just to take a short power nap before you trek to your hotel room.

Four cockroaches give you a wakeup call early in the morning as they feast on the remnants of your supreme nachos left on the collar of your shirt. With the fiery Cancun sun beating down on you, sweat that smells like it is pure tequila exits the pores on your forehead. You stand up and go to text your friends for directions to the hotel. One problem, your phone is not in your pants pocket. Either is your wallet. In a panicked blitz, you check every pocket on your clothes.

With your last ounce of strength, you meander to the beach. You collapse on the beach face first and you go back to sleep. With sand grinding in your teeth, you are awakened hours later be squawking seagulls pecking at the leftover particles of puke and Mexican food on your shirt. You finally make it to your correct hotel room at 7 pm. You announce to your friends that night that you’ll never drink ever ever again. Flashforward to 11 am the next day, you’re doing cheap tequila shots at the same Señor Frog’s bar in Cancun.

Oh yeah, you came here to read about Ariana Grande. The pop singer has announced that she probably won’t date this year or ever again. Elite Daily asked, “Who is Ariana Grande dating now?”

To which Ariana answered, “Can they tell me too?”

can they tell me too ?

Ariana then announced, “spoiler for the rest of this year / probably my life: it’s no one. please refer back to this tweet for future questions.”

spoiler for the rest of this year / probably my life: it’s no one. please refer back to this tweet for future questions. 🖤

Oddly enough, Ariana has already been seen with her ex-boyfriend Ricky Alvarez.

Ariana Grande is the person that drinks too much, suffers a hangover that feels like death, swears they’re never drinking again, and the next weekend is pounding kamikaze shots. She’ll be not only dating someone in 2019, but the 25-year-old pop singer will probably fall madly in love with another guy and make more mistakes. And that’s okay because your judgment can be clouded by alcohol and love.

The moral of the story is if something makes you happy then you should enjoy it, but don’t overindulge in what gives you pleasure whether that is alcohol or love. Instead of 13 shots, have three shots, get a good buzz going, and then start drinking water. Instead of getting engaged to a comedian after dating only five months, getting 17 tattoos in tribute of your new fiancee that you’ll have to cover up months later, adopting a teacup pig together and moving them into your $16 million apartment, maybe take it slow, get to know each other and enjoy each others company because you have all the time to be happily married for the rest of your lives.

RELATED: Pete Davidson Reportedly Refused To See Ariana Grande When She Rushed To ‘SNL’ Studio After His Alarming Tweet